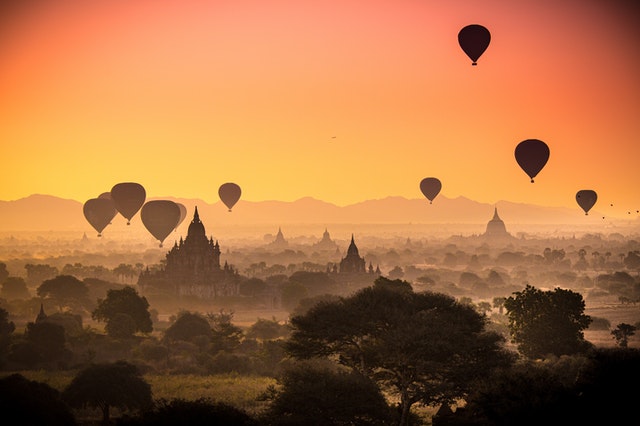 Myanmar has made some breakthroughs in cryptocurrency adoption. Myanmar’s government has made the USDT (United States Dollar-based stablecoin Tether) an official currency. This is a development by the (NUG), National Unity Government of Myanmar. The NUG is led by Aung San Suu Kyi.

On Monday the National United Government’s Ministry of Planning, Finance, and Investment announced their new development on Facebook.

The National Unity Government’s announcement to accept USDT actually goes against the cryptocurrency ban put in place by the Central Bank of this nation back in May 2020.

Many people have privacy concerns in regards to USDT. At present, some people are also concerned about the seizing of finances by the present government. The Finance Minister for the National United Government stated that the main reason for Tether’s incorporation is for utilization within Myanmar. The currency would create ease in trading, services, and payment systems. The currency would also speed things up.

The National United Government was acknowledged as Myanmar’s official government by the French Senate and the European parliament in October of this year. However, one economic powerhouse – the United States – has not recognized Myanmar’s new government. The National United Government’s reason for accepting and using Tether stablecoin could prompt discourse among countries. This would be a very interesting development as countries such as the United States begin to implement very stern policies for stablecoin issuance.

Also Read:  More than $1 billion has been lost by victims of crypto frauds since 2021

Myanmar, formerly known as Burma is a nation in Southeast Asia. It has a very diverse populace, consisting of 100 ethnic groups. Its neighbors include Thailand, Laos, China, India, and Bangladesh. The country boasts rich reserves of natural gas, oil, gems, and jade. The nation also has ample renewable energy. Studies show that it has the biggest solar energy potential in comparison to some of the other countries in the region. These countries in particular being the Great Mekong Sub-region. Myanmar happens to be the biggest country in mainland Southeast Asia.

Ethnic issues have overwhelmed Myanmar for the majority of its years of independence. The country held general elections last year where Aung San Suu Kyi emerged as the winner by a clear majority. Following this win, the Myanmar military took power through a coup d’etat. The coup resulted in numerous protests around the country. In addition, the military apprehended Aung San Suu Kyi. Kyi was handed charges of crimes that may consider “politically motivated”. Some of these crimes include violation of covid protocols and corruption.

Memberships that Myanmar is in

The nation of Myanmar is a member of a number of international alliances. These alliances include Non-Alignment Movement, ASEAN, BIMSTEC, and East Asia Summit.

As of the year 2013, Myanmar’s gross domestic product stood at US$ 56.7 million (nominal). Whereas, the country’s purchasing power parity was at US$ 221.5 million in the same year. The wealth of Myanmar’s people is distributed very unevenly in Myanmar. This makes for a huge income gap. This gap puts it as one of the worst gaps in the world. At present, the majority of the economy is under the control of the military government’s supporters.