Home News Understanding KLX: What it is and How it Works

Understanding KLX: What it is and How it Works 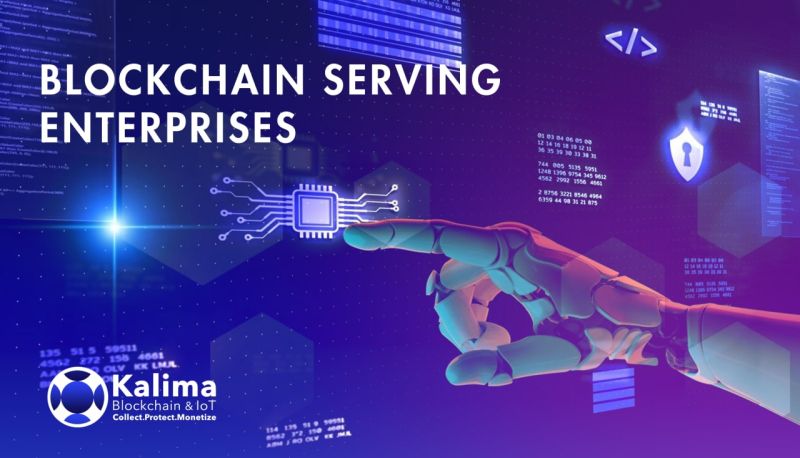 The Internet of Things (IoT) and businesses can use Kalima Blockchain, which is a layer one third-generation Blockchain. It’s a rapidly growing ecosystem that lets companies, developers, and startups build the next generation of Web 3.0, Enterprise, and Data Governance apps, especially ones that use IoT data to solve problems in the real world.

The KLX is the Kalima Network’s native utility token. The KLX token’s job is to keep the Kalima network running, secure it, and keep it up and running. It can be used to hold, send, spend, stake, build dApps on the Blockchain, pay transaction fees, and buy nodes. The people who stake KLX will protect the whole network and get rewards based on how much KLX they have staked.

WATCH THE VIDEO BELOW FOR MORE CLARIFICATION

A “halving” mechanism will also reduce KLX emissions by lowering the validation reward by half for each new issue of 16,000,000,000 KLX. KLX will also be able to be “burned” by the Kalima Foundation. So, the supply of KLX will go down over time to keep inflation in check and keep KLX stakers from losing money.

After successful private sales rounds in which €5 million worth of KLX was sold, it is now listed as an ERC20 token on the Polygon Network on BitMart CEX.

How does Kalima work?

Kalima Blockchain is a network of blockchains that can host applications that don’t need to be run from a central place.

Kalima Network is made to handle vast amounts of sensitive data generated by businesses and to have smart contracts that can manage data in real time at the edge. The PrivaChains can connect with each other and with other top public chains (Tezos, Lightning Network, and soon Polygon and Cosmos hubs). The Kalima Network is also layer 2 or 3 of Bitcoin. It is expected to have a significant impact on widely used networks, which will help spread the use of Kalima.

Kalima network can be used by anyone who needs a way to connect people, things, and services. Objects can be anything from smartphones running operating systems such as Android and iOS to supercomputers, small Internet of Things gateways, LoRaWAN gateways, industrial networks, and so on. Mobile phones, tablets, smartwatches, and web interfaces can all be used to connect people. Services can include things like AI processes, deep learning, big data, tools for reporting, and more. The primary objective of the Kalima network is to provide a platform that is ready-to-use with plug-and-play functionality for anyone who wishes to create or make use of decentralized business apps (dApps).

How do you use KLX?

In the Kalima Network, there are several ways to use KLX. You can run a validator node to help keep the whole Network safe, stake your KLX to help reach a consensus or build dApps on the Network.

The Network is kept safe by Kalima’s unique Delegated proof-of-stake (DPoS) system. The main point of agreement in Kalima is a Proof of Authority that comes from Raft. When you combine these two types of consensus, you need two types of validation nodes: Validation Nodes and Master Nodes.

You can give your KLX to a validation pool if you want to be something other than a validator or need more resources to be one. In the Kalima Network, this process of giving away power is called “staking.” Validation pools give the rewards they earn to the people who put money into them. This encourages people to keep taking part in the consensus.

When a KLX holder decides to delegate, his KLX will be split randomly between the validation nodes and controller nodes. In other words, people who want to delegate their KLX will need help choosing which validation pool they wish to use. The Kalima Protocol will give each stake a different value by chance. This will help make the network less centralized and stop one validation pool from having too much staking power and controlling the network.

Also Read:  Binance Has Banned South Africans From Using Most Of Its Services

How do I get KLX?

The KLX token is listed on the BitMart exchange, which is the first CEX to do so.

3: Get KLX from BitMart
Now you can buy KLX on BitMart, store it in your own cryptocurrency wallet, or keep it in your BitMart account.