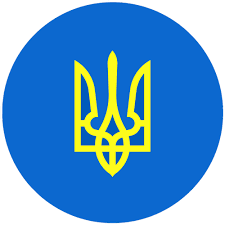 Ukan Token (UKAN), a rescue token built as a decentralized community for humanitarian reasons, has been developed by a group of crypto activists. UKAN is committed to assisting the Ukrainian government in its recovery from the devastation caused by Vladimir Putin and the Russian Army.

UKAN creators are actively designing the delivery of fifty percent of UKANS directly to Ukrainian president Mr. Volodymyr Zelensky, based on the Ethereum network and accessible on Uniswap. Prior to today’s official debut, activists began investing in UKAN (based on word-of-mouth). At the time of writing, the UKAN community had hundreds of holders and a total value locked (TVL) of more over $6 million.

According to the United Nations, Russian aggression has already caused $100 million in damage to Ukraine’s infrastructure, including demolished houses, hospitals, transit systems, schools, retail malls, recreational facilities, and other structures.

Satellite picture analysis by UNOSAT, the United Nations satellite mapping organization, confirmed that 80 percent of residential infrastructure in Maripol has been destroyed by missile assaults and shelling. According to the UN, nearly 3.5 million people have fled their homes in Ukraine, with women and children accounting for more than 90 percent of those refugees. Even if the conflict ended today, UKAN’s goal to rebuild, rehabilitate, and support Ukraine’s people will be vital long after the bombs stop falling.