Home News Report by SPLC on Extremists and Crypto

Report by SPLC on Extremists and Crypto 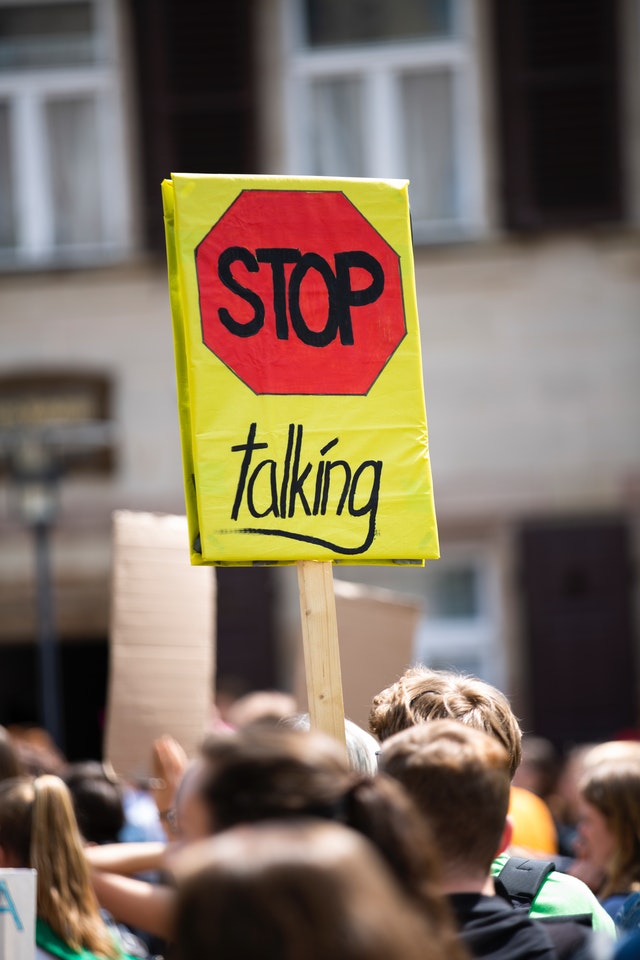 The organization, SPLC (Southern Poverty Law Center) has released a report on extremists and their use of crypto. This report looks at the significant connections between the far right and Bitcoin currency. Many of these extremists have established substantial fortunes through digital currency.

The Hatewatch report was published on the 9th December 2021 by the SPLC. This report included findings on how these white supremacists and extremists converse and utilize crypto. They say that many have raised millions of dollars worth of cryptocurrency donations.

About the Hatewatch Report

This Hatewatch Report is titled “How Cryotocurrency Revolutionalized the White Supremacist Movement”. The report found and aggregated an excess of 600 cryptocurrency addresses that it connected with white supremacists and other radical groups. This aggregation is how the publishing body arrived at these conclusions.

The report states that it was challenging to identify a leader internationally for the far right that had not yet started using cryptocurrency to some level. In contract, only 25 % of Americans utilize cryptocurrency.

Reasons why these groups used Crypto

These radical groups tend to utilize cryptocurrency for two main reasons, it seemed. Essentially, the report found that these groups used crypto because they just wanted anonymity for their transactions. Secondly, these far-right extremists don’t use regular banking is that banks debanked them. As a result, they still needed means of making a financial transaction.

For starters, Wikipedia states that Stefan Molyneaux, is said to have been utilizing cryptocurrency for the past 8 years. This information is according to Wikipedia. The extremist receives donations from his supporters through it. According to the Southern Poverty Law Center, Molyneaux may have first obtained donations in a Bitcoin wallet from as far back as 2013. That is to say, the Hatewatch report estimates that Molyneayx’s followers have so far managed to donate approximately 1250 Bitcoin to him since then. The far-right leader has obtained about US$ 3.28 million from the US$ 1.8 million in cryptocurrency. Molyneaux’s funds far exceed other extremists that the study looked at as well.

Karl Thorburn (originally named Greg Johnson) receives large donations too. He has received an excess of US$ 800,000 just from cryptocurrency. Thornburn established the site called CounterCurrents, which many consider controversial. The founder of the site requests donations in various cryptocurrencies, amounting to 12 of them. At the moment, CounterCurrents is attempting to fund raise up to a US$ 200,000 target. The site states that these funds are for its political agenda.

Author and crypto critic, David Gerard told the SPLC in an email that not all crypto was being used by supporters of extremists to fund extremists. He did acknowledge that these extremists were raising surprising amounts of money. Gerard added that Bitcoin was established on right-wing libertarian principles. He went on to add that this does not imply that it holds a neo-Nazi subculture. Gerard added that the proportion of Nazis in the Bitcoin subculture can not be a random probability.

Criticisms of the Report

The report is extensive. At the same time, the report leans on previous events in history and particular incidents more than not. Such incidents include that of the Daily Stormer referencing a Bitcoiner TV host’s view from 2017. Primarily, the opinion of the host was that crypto was a means to free its readers from what they considered a centralized banking system controlled by the Jewish people.

Additionally, the report also connected Andrew Auernheimer (aka “Weev”) to Monero. Monero is a privacy coin that allows for private and untraceable financial transactions. This coin manages privacy more than Bitcoin does. Auernheimer said in a podcast back in 2017 that his “big thing” had become stockpiling on Monera, this privacy cryptocurrency. He stated that at the time he already had a large amount of Monera in his ownership.