Home News How Did Cryptocurrency Start?

How Did Cryptocurrency Start? 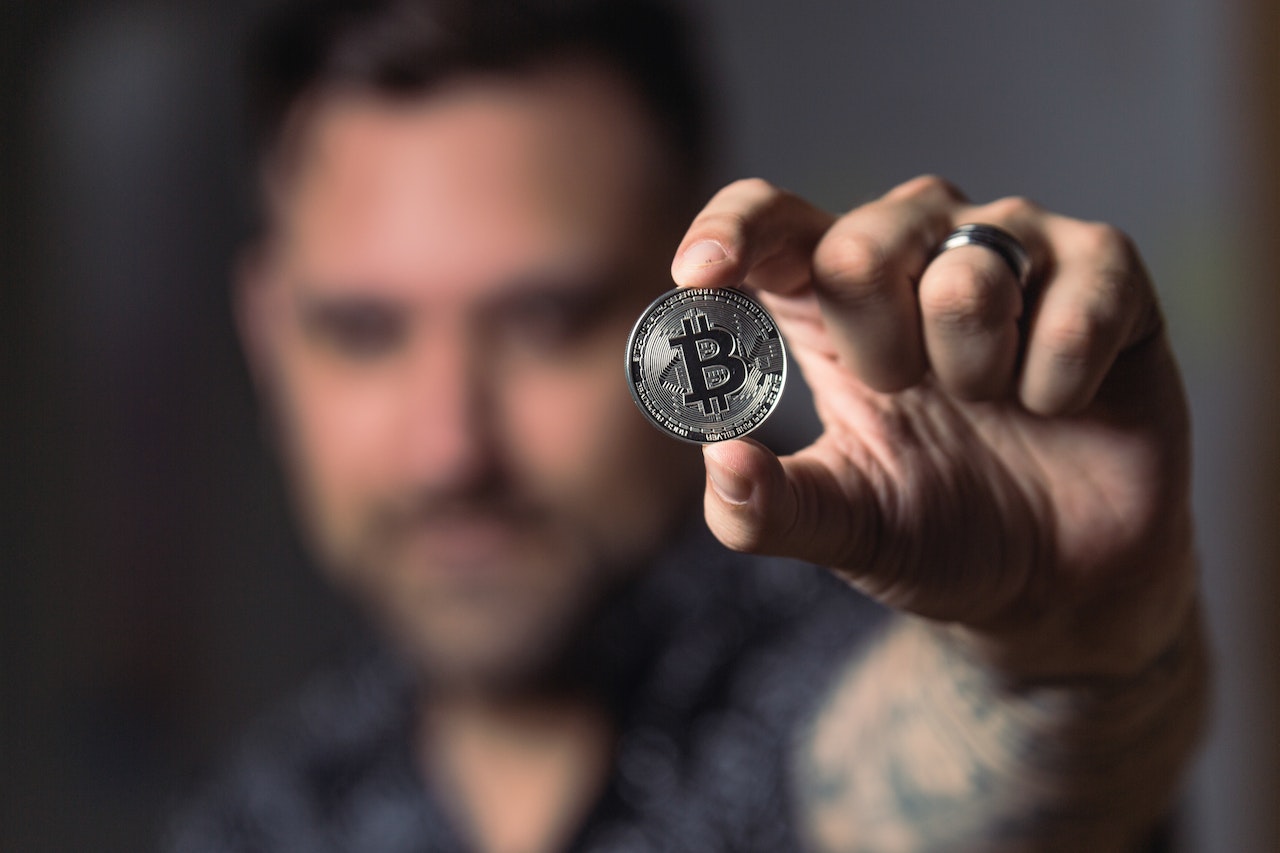 A cryptocurrency is a form of money created to be secure and anonymous. It is also known as “digital currency” or “virtual currency.” It uses advanced cryptography to keep transactions safe and keep track of how many new units are made. Cryptocurrency is decentralized, meaning no government or institution controls it. Instead, it uses a network of computers worldwide to handle transactions and keep the currency’s value stable. (Also Read: Why is bitcoin falling so much?)

The history of money is long and varied, but it has always been a fundamental part of human society. From the earliest days of bartering and trading, people have sought ways to simplify and standardize the exchange of goods and services. Coins and paper money have been used for thousands of years, but these forms of currency have limitations. They are often subject to inflation, and their value can be affected by factors such as war, natural disasters, and government policies.

How Did Cryptocurrency Start?

In 2008, an anonymous individual or group of individuals named Satoshi Nakamoto released a whitepaper titled “Bitcoin“. A Peer-to-Peer Electronic Cash System.” This whitepaper explained a new digital currency that uses blockchain technology to track transactions and ensure they are legitimate. The blockchain is a decentralized ledger system that records and monitors every transaction on the network. The first Bitcoin software was released the following year, and the first currency units were mined and distributed.

Bitcoin’s blockchain technology allows for secure, transparent, and tamper-proof transactions that are not subject to inflationary pressures or government policies. It also allowed for an unprecedented level of anonymity in monetary transactions. This created an environment of trust, security, and privacy that the traditional financial system didn’t provide. It’s important to note that Bitcoin wasn’t the first attempt at creating a digital currency. Still, it was the first digital currency to solve problems other digital currencies had, such as the “double spending” problem.

Bitcoins were primarily used for online transactions between individuals in the early days. On January 12, 2010, the first real-world transaction occurred when Laszlo Hanyecz, a computer programmer, offered 10,000 bitcoins to anyone who ordered him a pizza. This transaction is considered one of the most iconic moments in the history of cryptocurrency, as it marked the first time goods were exchanged for Bitcoin. This, in turn, sparked other transactions and the beginning of the use of Bitcoin as a means of payment.

As more people learned about the currency and began mining and trading it, the first exchanges for buying and selling bitcoins were established. These exchanges allowed people to buy Bitcoins with traditional currencies such as the US dollar and paved the way for developing alternative cryptocurrencies such as Litecoin and Namecoin.

Many people saw the potential of Bitcoin and other cryptocurrencies to change how we think about money and challenge the existing financial system. But at the same time, many sceptics dismissed the idea of digital currency as a fad. The early adopters of Bitcoin were mainly enthusiasts, libertarians, and people who distrusted traditional financial systems. They saw in Bitcoin a way to bypass government control, inflation, and fraud.

As more merchants and businesses began to accept Bitcoins and other cryptocurrencies, the value of these currencies began to rise. In 2013, it was the first time that the total market value of all cryptocurrencies was more than $1 billion. This was a big change for the industry, and it got the attention of investors, business owners, and government officials.

The increasing popularity of cryptocurrencies led to the development of more exchanges and trading platforms,

One of the unforgettable developments in the cryptocurrency market in recent years has been the emergence of Initial Coin Offerings (ICOs). An ICO is a fundraising mechanism in which a company or project creates a new cryptocurrency and sells it to investors in exchange for funding. The process is similar to an Initial Public Offering (IPO) in the stock market, but with the key difference that any government agency does not regulate an ICO.

Because of this, the number of initial coin offerings (ICOs) has grown quickly, helping companies and projects raise billions of dollars. However, it has also led to a lack of oversight and an increased risk of fraud. Many investors have lost money in ICOs that became scams, and there have been calls for more regulation in this area.

The growth of the cryptocurrency market has also led to the development of new financial products and services. For example, there are now cryptocurrency-based exchange-traded funds (ETFs), allowing investors to invest in a basket of different cryptocurrencies without buying and holding the underlying assets. Some companies offer cryptocurrency-based remittance services, which allow people to send money to other countries using digital currencies instead of traditional wire transfer services.

The usage of smart contracts is one of the most potential areas of development in the bitcoin market. A smart contract is a computer program that automatically executes the terms of a contract when certain conditions are met. This could revolutionize real estate, supply chain management, and insurance industries. For example, a smart contract could automatically transfer property ownership from one person to another when the purchase price is paid.

Also Read:  Emergency Vulnerability on SushiSwap Leaked By a Hacker

Another area of development in the cryptocurrency market is decentralized finance (DeFi). DeFi is a growing ecosystem of financial applications and services built on blockchain technology. These applications and services allow individuals to access various financial services, such as lending, borrowing, and trading, without the need for traditional financial intermediaries such as banks.

The growth of the DeFi ecosystem has led to a rapid increase in the value of the digital assets locked into these platforms, and it’s considered one of the most promising areas of development in the blockchain ecosystem.

While the cryptocurrency market is still in its early stages, it has already significantly impacted how we think about money and transactions. However, it’s important to note that this market is still highly volatile and subject to speculation, and investing in cryptocurrencies carries a high degree of risk. It’s also vital to be aware of the regulatory environment in your jurisdiction, as it varies from country to country, and it’s constantly evolving.

As technology and infrastructure continue to improve, and as governments and regulators find ways to balance protecting consumers and to promote innovation, we can expect to see cryptocurrency play an increasingly important role in our financial lives. This technology’s potential to change how we live, work and interact is truly remarkable, and the future of cryptocurrency is worth watching closely.

The mainstream acceptance of cryptocurrency brought with it a new set of challenges. As the use of digital currency grew, so did concerns about its potential use in illegal activities such as money laundering and illegal trade. Governments and regulators worldwide began to notice, and many started considering ways to regulate the industry. In some cases, such as in China and South Korea, governments outright banned cryptocurrencies. In other cases, such as in the United States, governments have adopted a more hands-off approach, allowing the market to develop while keeping an eye on potential criminal activities.

Despite the challenges and uncertainties, many people remain optimistic about the future of cryptocurrency. Blockchain technology, the underlying technology of most cryptocurrencies, has the potential to revolutionize industries far beyond just finance. It has been proposed as a solution for supply chain management, voting systems, and identity verification.

Cryptocurrency has faced several challenges since its inception, including security, regulation, and adoption issues.

One of the major challenges facing cryptocurrency is security. Because cryptocurrency transactions are irreversible and there is no centralized intermediary to protect against fraud or theft, it is important for users to secure their digital assets. However, many people lack the technical knowledge to do this, and as a result, numerous cases of hacking, fraud, and theft involving cryptocurrency exchanges and wallets have been reported.

Regulation is another major challenge facing cryptocurrency. Because the technology is so new and still largely unregulated, there is a lot of uncertainty about how different jurisdictions will approach the issue. Some countries have banned cryptocurrency outright, while others have embraced it and are working to create a supportive legal and regulatory framework. This uncertainty can make it difficult for businesses to operate in the cryptocurrency space and for individuals to know how to comply with the laws in their jurisdiction.

Another challenge is the volatility and price of the different cryptocurrencies, making it hard for merchants and vendors to accept them as a means of payment since their value can change rapidly and quickly. Some individuals view it as a speculative instrument rather than an actual currency.

Finally, the growth of the ecosystem and the infrastructure supporting it is still ongoing and incomplete and still needs to be completed. Regulatory compliance and anti-money laundering measures are still under development. This can be an issue for many financial institutions and businesses that want to offer crypto-related services but need the right infrastructure or regulations to comply with.

Finally, the rise of cryptocurrency and blockchain technology represents a significant shift in how money is handled. Blockchain technology’s decentralized and secure nature, combined with the idea of digital currencies free from government control, holds great promise for the future. However, like any new technology, it’s important to be aware of the risks and challenges. The market is still highly volatile and subject to speculation, so it’s important to do your research and invest wisely. (Also Read: How Cryptocurrency Will Change the World)