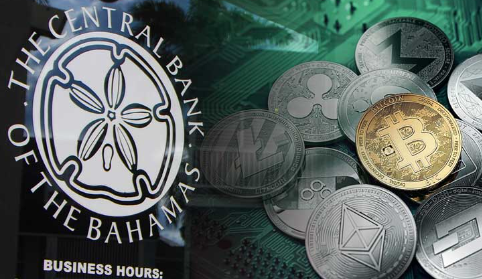 As a result of the extraordinary failure of the cryptocurrency exchange FTX, the Sand Dollar, a digital representation of the Bahamian dollar, is in a precarious position within the nation of the Bahamas.

The Bahamas served as the location for the headquarters of FTX, which at one point ranked as the third-largest cryptocurrency exchange in the world and had a peak worth of $32 billion. Because of this, the island nation started negatively getting worldwide attention after the exchange filed for bankruptcy in November of the previous year.

Due to its role in the fall of the FTX and the subsequent legal procedures, the Securities Commission of The Bahamas has been subject to intense scrutiny. Some attorneys for FTX have even argued that the commission cooperated with Bankman-Fried to get “unauthorized access” to FTX’s networks to move digital assets to its custody. This was done to prevent the commission from losing control of the assets. Initially, the regulator desired to handle the insolvency proceedings for FTX in the Bahamas; however, it encountered opposition to this plan.

Because of all that happened, The Bahamas became linked with the cryptocurrency crash. However, before the country became home to FTX and got caught up in the fallout of its collapse, it was recognized as a leader in the development of digital fiat currency.

In October 2020, the Central Bank of the Bahamas became the first to issue a CBDC when it introduced the Sand Dollar as the country’s official currency. On the other hand, the adoption of the CBDC has yet to take off exactly, and the recent meltdown of FTX has only worsened matters.

Kimwood Mott, who works at the Central Bank of the Bahamas and is in charge of the deployment of digital currency, has said that the global pandemic is to blame for the slow start of the CBDC. He stated that COVID-19 rendered the country inoperable for several months, making it challenging for the administration to promote the CBDC. He added:

“I am always making sure that people understand that what we are dealing with here is not a cryptocurrency. However, if individuals are unaware of what a cryptocurrency or a CBDC is, then it’s just a statement that I’m making.”

Those who are in favour of the Sand Dollar are of the opinion that it has the potential to assist the national central bank in achieving a wide variety of monetary policy goals, such as ensuring financial inclusion, lowering the risk of fraud and money laundering, guaranteeing sovereign alternatives for digital payments, and many others. After a natural disaster, it allows the government the power to quickly transfer emergency cash to those who are shut off from the rest of the world, which has the potential even to save lives.

To use it as a payment method, however, people will need to accept it first. In addition, the Central Bank of the Bahamas is stepping up its educational initiatives in an effort to move this procedure forward more quickly.

It was stated that in October of the previous year, the central bank organized a wine and food festival where the Sand Dollar was the only form of payment, resulting in a significant increase in usage nationally. Additionally, it is cooperating with private digital wallet providers to target specific demographics.

According to research conducted by the American think tank Atlantic Council, a CBDC has been established in a total of ten countries, including The Bahamas. These countries include China, Nigeria, Argentina, Austria, and a number of other nations as well. In addition, 105 nations, which account for more than 95% of the global GDP, are investigating the possibility of establishing their own national digital currency.