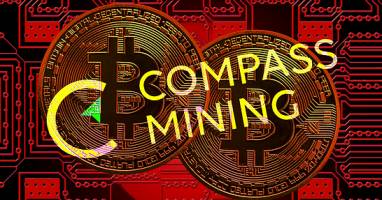 Compass Mining, a Bitcoin (BTC) mining rig provider, was warned that the owner of Georgia’s profitable mining hubs 2 and 3 will close due to increased energy prices.

Compass had no effect on the decision since it provides Bitcoin mining technology and contracts for facilities. According to a company-wide email on Thursday, Compass was not informed of this decision until Wednesday.

According to the email, the closure is due to a 50% increase in energy expenses, and “the facility owner is shutting its Georgia facilities to protect miners from unreasonable energy rate adjustments recently implemented by the local utility.” The company announced plans to construct a new factory in Texas.

According to a previous corporate email from August, a British Columbia store was also closed on August 23 owing to poor facility conditions. “Those items are now being sent to another location and should be available online shortly,” said Will Foxley, the firm’s content director.

Today’s announcement comes during a turbulent summer for the crypto mining company.

The CEO and chief technology officer of the mining rig supplier resigned in June, with the official announcement stating that “these changes are being implemented to achieve the next level of growth for Compass Mining.”

Dynamics Mining, a facility in Maine that hosts Compass Mining rigs, accused the company of failing to pay energy costs and canceling the contract on June 14.

Compass, on the other hand, disputes the allegations. “Compass has fulfilled all of its contractual responsibilities with Dynamics, including its financial commitments,” the company said on June 29.

The mining business lay off 15% of its workforce and slashed CEO wages by 50% in July, claiming that “these measures will help Compass to remain nimble and well-positioned in this dynamic market.”