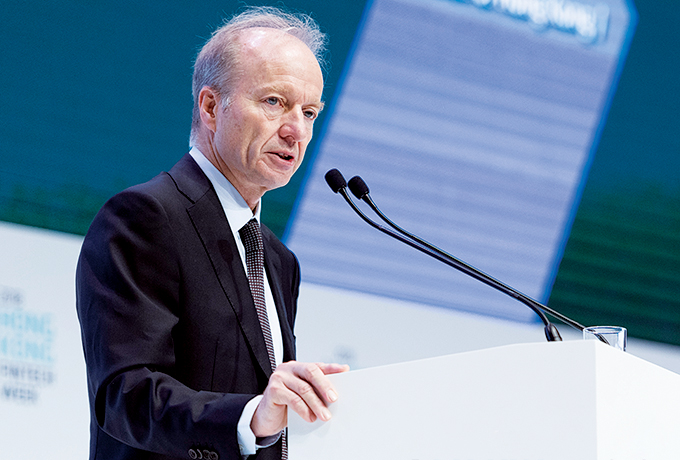 Ashley Alder, CEO of Hong Kong’s Securities and Futures Commission, will be the next head of the Financial Conduct Authority in the United Kingdom.

The UK Treasury announced Alder’s appointment as head of the country’s financial watchdog on Friday, saying he would take office in January 2023. He will replace Richard Lloyd, who was appointed temporary FCA chair after the retirement of Charles Randell in May.

The Hong Kong Securities and Futures Commission, which Alder has headed since 2011, is chaired by Alder, who also serves as president of the International Organization of Securities Commissions (IOSCO). While decentralized finance is a “new and fast-growing field of financial services,” Adler warned that the industry would face significant problems as it evolved.

To help “define [the UK’s] post-Brexit future as a global financial center that continues to foster innovation and competition via its own world-leading regulatory standards,” Alder said he accepted the position of FCA chairman. Approximately 51,000 financial services businesses and financial markets are under the watchful eye of the United Kingdom’s regulator.

While the FCA announced the employment of 500 new employees in 2022 as part of a three-year plan that involves “proactively [shaping] the digitization of financial services via strengthening our regulatory approaches to digital markets,” Alder’s appointment was announced at the same time. When the Financial Conduct Authority’s payments and digital assets section is restructured in October, National Crime Agency head Matthew Long will take over.

There have been a flurry of resignations in the British government in the past week after accusations that Prime Minister Boris Johnson elevated former deputy chief whip Chris Pincher to a top position despite being aware of groping allegations against him. It was announced on Thursday that Johnson had resigned after receiving resignation letters from over 50 members of parliament, including UK Chancellor of the Exchequer Rishi Sunak and UK Treasury Economic Secretary John Glen.

Richard Fuller, a British MP, has been selected to replace Sunak as the United Kingdom’s next economic secretary, according to a report from Reuters on Friday.