Latest News: Winklevoss Firm Facing Charges in the US for Illegal Crypto Sales 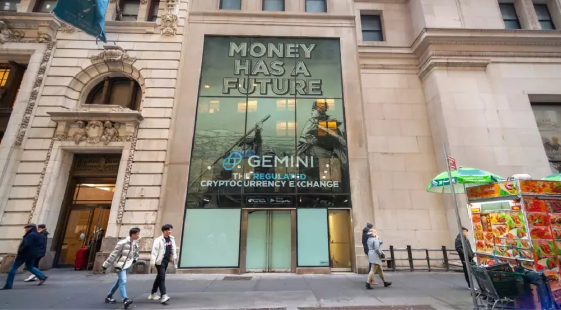 Gemini and Genesis, two companies dealing in cryptocurrencies, have been accused by US authorities of illegally selling cryptocurrency assets to tens of hundreds of thousands of investors.

It is alleged that the corporations broke the law when they offered and sold the products through their combined program, known as Gemini Earn, which began operations in 2021. The matter is being handled by the Securities and Exchange Commission, also known as the SEC.

The case was described as “disappointing” by Tyler, who stated that his company is looking forward to defending itself.

The cryptocurrency industry conglomerate Digital Currency Group, which owns Genesis, has not stated the allegations yet.

Gary Gensler, chairman of the Securities and Exchange Commission (SEC), said that “today’s charges expand on past efforts to make it clear to the market and the investing public that crypto lending platforms and other intermediaries need to follow our time-tested securities rules.”

When this is done, investors are best protected. It encourages an atmosphere of trust in the market. It is not up to the individual. The law requires it.

A public dispute has occurred between the Winklevoss brothers and Barry Silbert, the chief executive officer of Digital Currency Group, the firm that is Genesis’s parent. This dispute has been going on for the past week.

It was tied to Gemini Earn, which was marketed to investors as a way to earn up to 7.4% interest on their cryptocurrency assets and was presented to them as an opportunity.

When FTX filed for bankruptcy in November last year, Genesis froze customer withdrawals and stated that it did not have adequate liquid assets due to market volatility.

Also Read:  Which Exchange is Right for You: A CoinSpot vs CoinJar Comparison

Because of this, 340,000 consumers who used Gemini Earn could not withdraw their cryptocurrency assets directly from the knock-on effect.

Cameron Winklevoss asserts that Digital Currency Business owes $900 million (about £737 million) to consumers of his company Gemini as a direct consequence of this, and he has accused Mr. Silbert’s group of “defrauding” his clients.

A spokesman for Digital Currency Group responded to the allegations by denying them, calling them “malicious, false, and defamatory assaults,” and characterizing them as “desperate and unconstructive publicity stunts.”

The Securities and Exchange Commission (SEC) regulates the financial markets in the United States. It also has the authority to bring civil lawsuits against businesses it feels have broken the law.

The goal of this organization’s complaint, which was submitted to the US District Court for the Southern District of New York, is to have both of these businesses subjected to civil fines and forced to repay “ill-gotten riches.”

After the controversy produced by the bankruptcies of FTX and Alameda Research, US officials have begun to tighten down on the sector, and these latest accusations come as part of that crackdown.

Their founder, Sam Bankman-Fried, is being accused of fraud after allegedly diverting funds deposited by millions of customers on his FTX platform and transferring them without authorization to Alameda, a hedge fund. This action is alleged to have occurred after Bankman-Fried moved the funds to Alameda.