Home News What You Should Know About 1inch Network 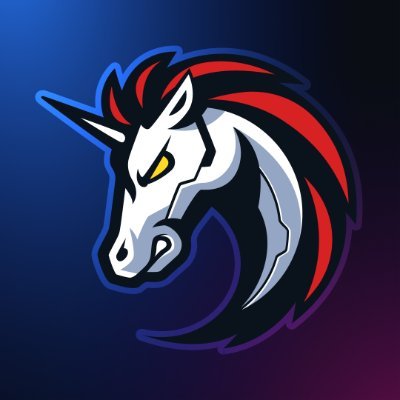 1inch became a phenomenon in August 2020 after receiving $2.8 million in funding from a slew of well-known venture capital firms, including Binance Labs, FTX, Galaxy Digital, Libertus Capital, Greenfield One, and others. Later in December 2020, 1inch will raise an additional $12 million in a Series A for Early-stage Ventures.

This article will introduce you to the 1inch Protocol, how it works, and everything else you need to know about 1inch and the 1INCH Token.

The 1INCH Network (1INCH) is a DeFi ecosystem and multi-chain DEX aggregator. The protocol includes a proprietary aggregation system that can search multiple DEXs (decentralized exchanges) for the best prices and rates. As a result, the network and its token have seen widespread adoption since their inception.

The 1INCH token is a multi-chain token that is available on Ethereum, Polygon, and Binance Smart Chain (BSC). The integration with BSC was accomplished through the use of a bridge, implying that no additional tokens were issued on BSC.

The protocol can be used as a utility token as well as a governance token. In terms of utility, 1inch is used as a connector to improve the 1inch Liquidity Protocol’s routing efficiency.

At the 2019 ETHNewYork hackathon, 1inch made its public debut. The project’s creators are Sergej Kunz and Anton Bukov. Since its inception, the platform has piqued the interest of investors. Notably, well-known tech firms such as Binance Labs, Galaxy Digital, and Pantera Capital invested $15 million in the company.

The network will release its most significant update to date in November 2020. The platform’s functionality and responsiveness were enhanced with the V2 update. It also enabled the system to carry out more complex trades in order to maintain low prices. The aggregator can now reroute money designated as collateral for loans using the decentralized lending protocols Aave and Compound.

The network currently supports three protocols: Aggregation Protocol, Liquidity Protocol, and Limit Order Protocol. We’ll go over each of them and examine how they work.

The 1inch Aggregation Protocol addresses the issue of sharding liquidity throughout the market. By utilizing Pathfinder – a routing algorithm that enables 1inch to source liquidity from multiple DEXs – users benefit from the lowest slippage and gas cost possible.

To swap tokens, 1inch searches multiple DEXs such as Uniswap, Sushiswap, and Curve. Following that, it determines the best way to divide the trade into various swap transactions in order to produce the highest quality of trade.

When compared to traditional AMM swaps, 100 percent token Y is still received without the need for any additional procedures.

In order for this model to run smoothly and efficiently, 1inch requires liquidity pools from as many sources as possible. As a result, it has integrated with a wide range of AMMs, including Ethereum, Polygon, and Binance Smart Chain, as well as Uniswap, Sushiswap, Pancakeswap, and others. (A complete list is provided below.)

1inch, as a go-to source for AMMs, has also developed an AMM product, the Liquidity Protocol. Both assets in the pool, including 1INCH, benefit liquidity providers. Here are a few examples of pools: 1″OPIUM, 1″ICHI, 1″VSP

The platform is deployed using an innovative method known as routing and a Pathfinder algorithm. This algorithm parses all of the available options in the liquidity pool and automatically routes a client’s trades through the least expensive path.

To obtain a lower rate, the Network can perform multi path swaps, which involve swapping the source token to its destination over multiple paths. No other DeFi aggregation protocol has this feature.

Also Read:  Cardano Wins Against BTC and SOL as the Best Ethereum Alternative

The network is managed by the 1inch community using a proprietary process known as Instant Governance. Holders of 1INCH can vote on key protocol parameters and earn multiple rewards as a result. It is simple for community members to participate in and benefit from the process.

Today, 1inch is very important in the DeFi industry. Users can use the platform to generate passive income, save money on trades, and find the best rates. Furthermore, developers are constantly updating the network to include new features and services. As a result of these considerations, 1inch is expected to remain a popular choice for DeFi users in the future.

The protocol of the network provides an excellent crypto experience and adds significant value to users. Aside from finding the best exchange rates for your tokens, the platform also helps the DeFi space by accelerating transparency and decentralization. The network is a trailblazer in reshaping the way decentralized protocols are managed by offering rewards via an innovative governance model.