Home News What You Need To Know About Secret (SCRT)

What You Need To Know About Secret (SCRT) 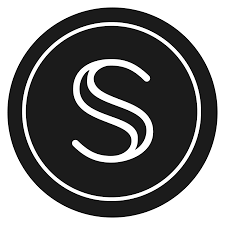 Blockchain technology adds a dimension of openness and transparency to networks that conventional centralized networks cannot, yet some sensitive data should not be shared publicly. How many people want to utilize a network that, for example, shares their financial and identifying information with everyone? That is the problem that Secret Network seeks to address. Secret Network promises the transparency benefits of blockchain with the security and privacy that consumers expect from web services by enabling programmable smart contracts that run on blockchain and compute within trusted execution environments, hiding the data from the nodes themselves.

Here’s a look at what Secret Network is, how it works and what makes it special.

The Secret Network (SCRT) is a decentralized blockchain system that allows smart contracts to be programmed and powerful DeFi features to be used. Through a combination of proprietary technology and a novel business model, the project’s creators hope to empower artists, entrepreneurs, developers, and crypto consumers. Notably, Secret got its moniker since it was one of the first DeFi-capable blockchains that prioritize privacy.

This year, the Secret Network (SCRT) aroused eyebrows by announcing that Quentin Tarantino would release seven never-before-seen snippets from the iconic film Pulp Fiction. The announcement drew attention to Secret as well as the whole NFT (non-fungible token) market. It also contributed to Secret’s position as a top-performing NFT launch space.

Secret’s network started online in February 2020, with the mining of its genesis block. Many features of the protocol were adapted from the 2015 MIT Decentralizing Privacy paper. The Secret Network is made up of various development teams and partnerships. SCRT Labs is the primary developer. Surprisingly, SCRT Labs began as Enigma but later rebranded to better reflect the project’s overall aim. Guy Zyskind created the firm.

Also Read:  Congress Pushing the U.S. Stablecoins Bill Until After the August Break

Secret Network is a layer-1 blockchain built on top of the Cosmos/Tendermint framework, with its own consensus and on-chain governance. It is based on a network of distributed nodes that perform the computation of smart contracts created on Secret Network, but the nodes do so using a trusted execution environment (TEE)—similar to a black box—to keep prying eyes at bay.

It’s similar to how a smartphone CPU use a TEE to handle sensitive data such as fingerprints, except this time it’s a blockchain node. The network refers to its smart contracts as “secret contracts,” as they are intended to protect the anonymity of the data contained within. To join in the network, nodes must stake the SCRT (“Secret”) coin, which is also used to pay fees and transfer value.

What’s so Special About it?

Secret adds a new layer of security to the market. The network offers a secure and open-source alternative to the current system. Developers can take advantage of the network’s unique characteristics to create and use permissionless and privacy-preserving applications.

Secret had a huge overhaul titled Supernova in April 2021. This upgrade extended interoperability to the system by introducing cross-chain Asset Bridges. Secret can now deliver its privacy features to Ethereum, BSC, Monero, Terra, Polkadot, Cosmos, and other cryptocurrencies thanks to this technique.

Staking is one of the most effective methods for securing passive rewards. Staking your cryptocurrency locks it into a network smart contract in exchange for benefits. The more SCRT you stake, the higher your benefits will be.

Secret Network has enormous potential as the world gradually shifts toward more privacy-centric services. It is not the first blockchain project to provide private smart contracts, but because to the simplicity of its TEE solution, it is well positioned to grab the market and gain worldwide adoption.

In the digital era, it is frequently stated that privacy equals liberty. As a result, it’s encouraging to see the return of privacy-focused blockchains like Secret. Because of its unique combination of programmability and anonymity, the network continues to attract more developers and users. For these and other reasons, expect to see a lot more from this initiative in the coming weeks.