Home News Dash (DASH): What You Need To Know About the Crypto

Dash (DASH): What You Need To Know About the Crypto 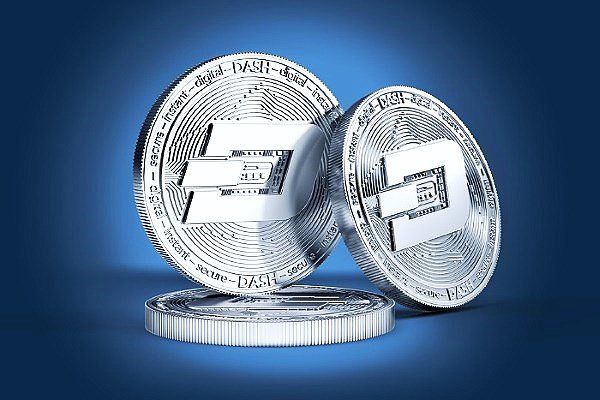 Dash is a cryptocurrency steeped in innovation, despite its origins as a Bitcoin hard fork (or, more precisely, a fork of a Bitcoin hard fork). Dash was one of the original “altcoins,” and it separated itself out from the pack with innovative hashing algorithms and the addition of masternodes.

It is also a decentralized autonomous organization, or DAO, which implies that its users are in charge of deciding how the network runs in the future.

Are you curious about Dash but aren’t sure what it’s all about? There is no need to be concerned. This article will tell you everything you need to know about the cryptocurrency. Read on.

The DASH digital currency is based on Dash, an open-source cryptocurrency project. Evan Duffield wrote the project’s whitepaper, which he published in January 2014. Duffield dubbed the project ‘Xcoin’ when it was originally revealed. Soon after, the name was changed to Darkcoin, and then to Dash in March 2015 (a portmanteau of digital cash).

The goal of Dash, which began as a Litecoin derivative, was to build a digital currency that would revolutionize the financial sector. DASH-based transactions are instantaneous and cost next to nothing, hence the crypto has gained a lot of traction so far. Furthermore, the Dash network allows users to transact without disclosing as much information as traditional financial services companies require.

Dash aspires to be a daily transactional medium, and it has cast a wide net to achieve that goal. The digital payment startup expanded into Venezuela in 2018, marking the cryptocurrency’s first excursion into a troubled economy.

Since the virtual currency’s inception three years ago, demand for cryptocurrencies has exploded, as has the number of users. The reason for this is that Venezuela is in in need of a transactional currency, as the country is now experiencing considerable civil turmoil and hyperinflation, rendering the native currency (bolvar) virtually worthless.

Ryan Taylor, the CEO of Dash, told CryptoSlate that cryptocurrency is essential for survival in Venezuela. Because cryptocurrencies like Bitcoin and Dash can be transacted swiftly and cheaply, citizens in the country have turned to them.

Dash has also made a research investment, partnering with Arizona State University to fund a blockchain research center (ASU). The project’s sponsors research through this lab in order to speed up research, development, and education in ways that improve blockchain transaction speed, efficiency, and security, as well as broaden its usage.

Under the Dash-ASU partnership, undergraduate and graduate research fellowships are also available.

The project was developed by Evan Duffield in 2014 as “Xcoin,” before being rebranded as “Darkcoin,” and then again in 2015 as DASH to better portray its platform as “digital cash.” Duffield claims that he began working on it as a pastime and completed it in just one weekend.

In December 2017, Duffield stepped down, leaving the protocol’s operations to the DASH Core Group. DASH was one of the first alternative cryptocurrencies to emerge alongside Bitcoin, and it has become increasingly popular in the blockchain field in recent years, reaching to Rank 12 among all cryptocurrencies in 2018.

Dash is made up of nodes, which are computer networks. A proof of work (PoW) system is used to build new blocks. This means that nodes tackle complicated mathematical problems, with the winner receiving DASH tokens for the quickest solution. This is the system that nodes use to verify transactions.

Aside from the PoW mechanism, Dash varies from Bitcoin in terms of network topology. Masternodes, also known as the Dash Core Group, are in charge of the network’s governance. This is a group of programmers who execute tasks such as verifying transactions, hosting ledger copies, and relaying messages. The Masternodes also help with functionality like ChainLocks, PrivateSend, and InstantSend, which are important to the project.

DASH’s treasury’s decentralized architecture offers high transaction speeds at very minimal costs. Dash employs a proposal system instead of smart contracts, as seen on the Ethereum network. This is where users propose starting a transaction, and nodes go into action to help it complete.

Dash, without a doubt, employs unique and powerful technology that has given it an advantage over many other cryptocurrencies. With that said, there are several disadvantages to be aware of. One of them is the possibility of criminal abuse, making it a possible target for regulators.