Home News What You Need To Know About Bancor (BNT)

What You Need To Know About Bancor (BNT) 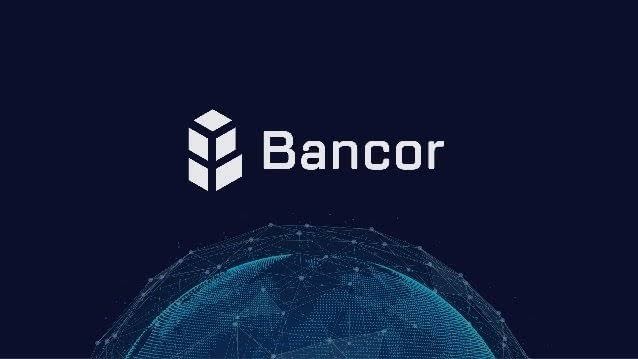 Bancor is a piece of software designed to encourage users to pool their crypto assets in exchange for a part of the fees paid by traders when they buy and sell them.

Bancor is seeking to make the functioning of an automated market maker (AMM) easier by doing so. An AMM is a well-established technique for providing liquidity to markets without requiring a financial institution to operate it directly.

Simply said, AMMs like Bancor are attempting to increase the liquidity of more niche crypto asset markets by incentivizing users to create and manage asset pools.

Bancor was founded by Eyal Hertzog, Galia Benartzi, Guy Ben-Artzi, and Yudi Levi in 2016. It is an on-chain liquidity protocol that allows automatic, decentralized exchange on the Ethereum blockchain. Bancor protocol is a trademarked system for the generation of Smart Tokens that is based in Zug, Switzerland. Smart tokens are coins with built-in conversion via smart contracts.

Bancor has received $152.30 million in investment from six investors so far. KR1, Crypto Chan, Alexis Berthoud, Tim Draper, Blockchain Capital, and ICONIZ are among those who have put money into the project. The Bancor Protocol’s total liquidity has almost hit $2.2 billion.

Bancor is a decentralized cryptocurrency exchange that allows users to trade one cryptocurrency for another. Bancor and other DEXs, on the other hand, have major disparities. Bancor is fueled by its depositors, to begin with. Your money are utilized to help traders all over the world execute trades. Anyone with a crypto token can deposit it on the Bancor platform, and anyone with a crypto token can swap it out (i.e., place trades).

You will be rewarded as a depositor (staker) for helping the platform run smoothly. Traders must use the Bancor exchange to execute their swaps. The fee is utilized to compensate the depositors who allow them to conduct their business.

The concept of single-sided deposits is what separates the two. Let’s imagine you have some spare ETH in your wallet that you’d like to turn into passive income. There is no possibility to only deposit your ETH on any other available DEX. Each trading pair on a DEX is part of a pool of two crypto assets, and any deposits into this pool must include both assets in equal amounts. To put it another way, each trading pair gets half of the initial investment.

This strategy, however, opens the door to the danger of temporary loss. Simply put, when your savings are vested in a liquidity pool, there is a risk that they will lose value.

Bancor uses the fees it collects to compensate you, the depositor, for any temporary losses. You must lock your cash on the platform for at least 100 days in order to receive total protection — that is, to receive the same amount you invested when you withdraw.

When there is no means of trade, the problem of double coincident wants occurs. Money, thankfully, is a genuine medium of trade in our modern world. If this were not the case, any buyer would have to look find a seller who was interested in purchasing the identical products that the buyer was offering in exchange. In the field of cryptocurrencies, Bancor tries to solve the problem of double coincidence of wants.

The business addresses the need for a Smart Token standard that can connect all cryptocurrencies into a self-contained, decentralized liquidity network.

While Bancor allows for frictionless token conversion without the use of an exchange or third-party platform, BNT, the protocol’s core token, serves as the default for all smart tokens issued on the network. The protocol has attracted many token initiatives from well-known blockchain firms. Power Ledger, WAX Token, SENSE, and other startups are among them.

The liquidity challenge for cryptocurrencies is another critical issue that Bancor is attempting to solve. Bancor allows integrated tokens to be converted in a continuous, automated, and formulaic way. Anyone can instantaneously purchase or sell a Smart Token in exchange for any of its connector tokens since the Bancor protocol’s smart tokens contain one or more tokens in a connector balance on the blockchain.

Bancor overcomes various difficulties faced by liquidity providers (LPs) on AMMs as a liquidity protocol that can be implemented on any smart-contract enabled blockchain. Involuntary token exposure is one of these difficult considerations, because most AMMs require LPs to contribute liquidity to both assets in a pool, even if they only hold one. When the prices of pool assets diverge, the difficulty of impermanent loss occurs.

Although newcomers may find the Bancor platform a little difficult to navigate at first, once you get used to it, it’s a snap to trade on. Bancor avoids the majority of the issues that traditional DEXs face by automating liquidity in its network.