Social Tokens Could Be The Next Big Thing For Crypto 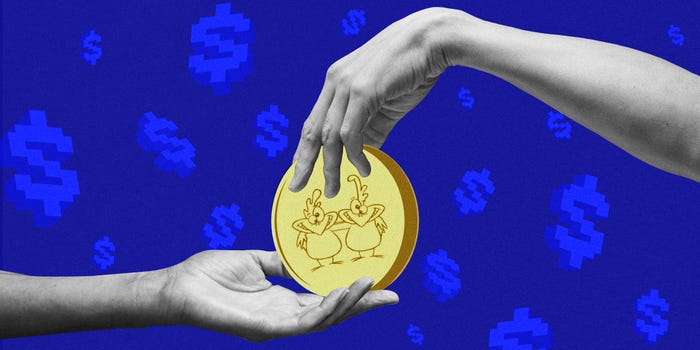 The COVID-19 pandemic, as well as other recent occurrences, have underlined the need for a fully digital economy, producing Metaverse ecosystems, Web3 platforms, and digital tokens acceptance.

The Ukrainian government, for example, recently requested the cryptocurrency community on Twitter for donations in Bitcoin (BTC), Ether (ETH), and Tether (USDT). Nonfungible tokens, or NFTs, have also gained popularity as artists and creators throughout the world find new methods to monetize using these models. While these use cases are innovative, they also show that blockchain-based concepts that emerge early on can take years to gain traction in general society.

This appears to be the case with social tokens, or tokens issued by individuals and communities to encourage participation. While social tokens were anticipated to be the next big thing in the crypto sector in 2020, they appear to be gaining traction this year due to rising interest from non-crypto natives.

According to Jan Baeriswyl, token design specialist at Outlier Ventures, a venture capital business that supports the development of new technologies, social tokens are fungible, ERC-20 tokens that can be used for reasons other than financial transactions. For example, social tokens can be used to gain entry to specific communities, such as those found on Discord.

Beariswyl explained that because social tokens are less economically focused, they are more accessible to the masses, which is why we are seeing more demand. He went on to say that social tokens can take numerous forms for different reasons, saying that these digital tokens can be used by creators to communicate with followers or by communities to raise awareness for specific causes.

Furthermore, social tokens are being used to assist creators and communities in gaining access to Web3 platforms that provide decentralized models and incentives for community participation. According to Andrew Berkowitz, CEO of Socialstack, a social token issuance platform built on Ethereum, Polygon, and Celo, Socialstack caters to non-crypto native communities to help issue social tokens that enable for the growth of Web3.

Berkowitz noted that Socialstack recently assisted Project Zero — a non-profit group dedicated to safeguarding the ocean from climate change — in launching a social token in order to build a “environment of value that benefits both the earth and individuals.” Michele Clarke, Project Zero’s founder and CEO, told Cointelegraph that their social token, PZero, allows community members to receive rewards by doing certain tasks.

Clarke, for example, stated that Project Zero already has a user base of around 1 million people. Users can now be rewarded with PZero for raising awareness about specific concerns.

“This can be further amplified by an ambassador with a massive following, a brand partner or collectible artist or news piece that causes a spike into the millions or even hundreds of millions, and we have had a few activations reach over a billion.”

Clarke further stated that one of the primary goals of Project Zero’s social token is to convert members’ short attention spans (typically observed during a significant crisis) into long-term commitment with the group.

According to Jake Beaumont-Nesbitt, Project Zero’s founder and chief community experience officer, the project was formed eight years ago and was decentralized by design because it is made up of a science-based community situated all over the world. Given this, Beaumont-Nesbitt noted that Project Zero was a logical fit for the Web3 ethos because the organization has always existed without centralized platforms or third-party middlemen. Beaumont-Nesbitt stated that by incorporating social tokens into a Web3 approach, Project Zero is now able to better engage with its community.

Clarke mentioned that Project Zero community members will be able to exchange their social tokens for a variety of digital and real-world items.

While Project Zero symbolizes what Baeriswyl would call a community social tokens, other projects are aimed toward individuals, particularly as the creator economy gains traction. Calaxy, for example, is a token-based creative app established by NBA star Spencer Dinwiddie and ex-financier Solo Ceesay. While Calaxy is still in development, Ceesay says the mobile app will effectively allow creators to create their own social fan-tokens within a Web3 ecosystem.

While social tokens are gaining popularity, it’s also vital to note the regulatory risks. The most important problem to address here is a social token in the form of a security.

Ceesay said that tokens issued on Calaxy are stable coins that are collateralized one-to-one with USDC, ensuring that social tokens are not perceived as securities. Ceesay, for example, mentioned that a Calaxy user may be an eight-year-old boy who is a fan of a specific sports player. “We don’t want these users to have a volatile asset,” Ceesay added.