Home News Ravencoin (RVN): What You Need To Know

Ravencoin (RVN): What You Need To Know 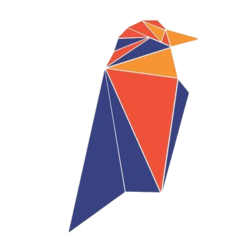 Mining Bitcoin and other cryptocurrencies has evolved from a hobby that people could conduct in their basements to a cottage industry that has become an increasingly centralized part of the economy. It’s become a costly endeavor that necessitates specialized hardware, and it’s still quite energy-intensive. This goes against one of the founding principles of blockchain technology, which is that it should be decentralized. The Ravencoin project is an attempt to buck these trends by allowing anyone with a standard PC to mine, issue tokens, and transfer assets.

Ravencoin (RVN) has piqued your interest, but you’re not sure what it is or where to start? No problem. This article covers everything you need to know about the cryptocurrency.

Ravencoin is a blockchain that allows anyone to create tokens on its network for a number of reasons, as long as the token’s primary function is to facilitate transfer. Ravencoin’s coding architecture is based on a Bitcoin fork, and the project provides token issuers with an alternative to smart-contract-centric blockchains such as Ethereum. Ravencoin’s key advantage over other platforms is its decentralization-friendly consensus method and security model.

The Ravencoin crypto project was created in 2018 by a trio of co-founders: Bruce Fenton, Joel Weight, and Tron Black. Unlike the majority of the crypto community, all three of them had prior experience in business and software development before embarking on this initiative.

Fenton was already well-known in the crypto community, having served on the board of directors and as executive director of the Bitcoin Foundation. He had a remarkable career in investment banking prior to his entrance into blockchains, dating back to the 1990s, when he was vice president of Morgan Stanley.

Overstock.com, the parent firm of Medici Ventures, which built the Ravencoin blockchain, employs Weight as its chief technical officer. He was previously the chief operating officer and chief technology officer of Medici Ventures and is a software developer with experience dating back to the dot-com era.

Black, like the other co-founders, has had a lengthy and successful career as the CEO of various software development companies. He has been involved in a number of crypto projects since 2013, including co-founding CoinCPA and Verified Wallet and serving as a senior software developer at t0.com. When Ravencoin was developed and launched, he was the primary software developer at Medici Ventures, and he is now the president of the Ravencoin Foundation.

Although Ravencoin’s programming is based on Bitcoin, it has its own network, asset, and protocol regulations. Other parameters have been tweaked to encourage asset issuance and communication among users of specific tokens on the network.

Ravencoin uses a variant of the Proof-of-Work (PoW) consensus method dubbed KAWPOW to keep its network in sync, with the goal of lowering the barrier to entry for mining on its network.

KAWPOW is utilized by a network of computers running the Ravencoin software to secure the network, validate transactions, and distribute freshly minted RVN, similar to PoW on Bitcoin.

A user must burn (or destroy) a specified number of RVN coins and give their token a unique name in order to generate a new crypto asset.

Issuers can declare unique attributes for their token at the time of creation, such as the number of tokens produced, the number of decimal places it can be fractioned to, and its fungibility.

Any token issuer, for example, can give RVN awards to their token holders, allowing for the distribution of dividends inside an organization or the creation of incentives within a community.

Ravencoin also allows token issuers to send messages to anybody who owns their tokens, allowing specific holders to be notified when new proposals need to be voted on.

Due to the transferability of all RVN tokens, token holders can not only delegate their vote to other network users, but they can also sell their interest in a community at any time.

Ravencoin, in particular, is meant to be mined by a standard computer. Instead of a government regulating the money supply, as governments do, the supply of circulating cryptocurrency grows as it is mined. Miners for most cryptocurrencies use specialized hardware to perform difficult math problems in order to create new blocks, and they may be paid a fee or a block reward for their efforts. Miners, for example, get 6.25 bitcoins for each Bitcoin block they mine and add to the blockchain.

Mining has become more centralized in a few locations of China, where cheap electricity is abundant, in recent years, because enormous amounts of energy are now required to mine Bitcoin. Critics have pointed out that bitcoin mining’s concentration negates one of the technology’s key benefits: decentralization.
Many mining nodes would be required to pull their weight in a genuinely decentralized coin.

Also Read:  Fantom Shocks the Market with 195% Increase-Here is the Reason why

The Ravencoin blockchain seeks to address this by generating math problems that can be solved by standard computer hardware. Ravencoin, in particular, employs unique algorithms to eliminate the need for specialized technology to mine the digital currency. This prevents the complexity of the riddles from increasing too quickly, driving out would-be miners.