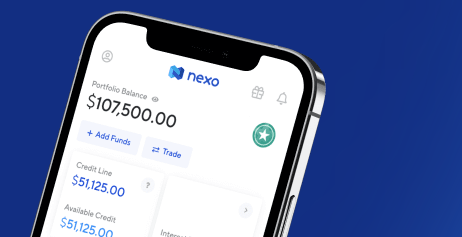 Even though the crypto lender agreed to the settlement, it didn’t confirm or deny the SEC’s findings.

The SEC and NASAA both released statements on January 19 about the news. According to the SEC’s report, Nexo agreed to pay a $22.5 million fine and stop offering and selling the EIP to U.S. investors without being registered.

According to the newspaper, the additional fines amounting to $22.5 million will be paid to address similar allegations by state regulatory authorities.

Following a year of investigations into Nexo’s allegedly fraudulent offer and sale of securities, NASAA has announced that it has reached a settlement in principle with the company. The announcement was made in a statement.

“During the investigation, it was found that EIP investors could earn interest on digital assets they loaned to Nexo without doing anything else.

“Nexo had full control over the activities that brought in money and were used to pay back investors. The company offered the EIP and other products to investors in the U.S. and promoted them on its website and through social media. In some cases, it said, investors could get returns as high as 36%,” the report said.

The SEC said that when negotiating the settlement, the commission considered how well Nexo worked with them and how quickly they took steps to fix their mistakes.

SEC Chairman Gary Gensler said: “We filed charges against Nexo because it didn’t register its retail crypto loan product with the government before selling it to the public. By doing this, it avoided important disclosure rules that are meant to protect investors.”

“There is no room for negotiation when it comes to adhering to our tried-and-true governmental principles. If there are instances in which crypto enterprises do not comply, we will continue to hold them accountable by following the facts and the law. As a result of this situation, among other actions, Nexo has decided to stop offering its unregistered lending product to any and all investors in the United States,” he added.

Nexo reached a settlement after agreeing to a “cease and desist” order, which said the company couldn’t break any of the rules in the Securities Act of 1933. The company did not say for sure that the SEC’s findings were true or false, but it did agree to the terms of the settlement.

In addition, NASAA clarified that the investigation was carried out by at least 17 different state securities authorities, all of whom were in agreement with the terms that were outlined in Nexo’s settlement.

Although seven states weren’t explicitly identified, Nexo has agreed to pay a punishment of $424,528 to each of them.

In a tweet sent out on January 19, Nexo informed its 288,600 followers that the news was accurate.