Music Streaming NFTs are the Future 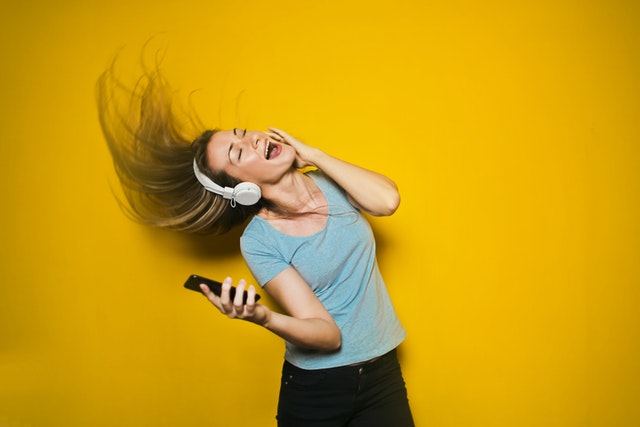 Music, art and entertainment enrich lives. On an average day, we may enjoy some music, read a book or watch a movie. Music is often added to compliment so many other activities and pieces of artwork. The mandate can be made that more bearable or exciting with our favorite song playing in the background. Imagine a long arduous car ride without any tunes. Consider an action, thriller or suspense-filled movie without a soundtrack. Imagine a wedding without any melodies. The world would just not be the same without music. Thankfully, music is not going anywhere. In fact, with new technologies like that of NFTs, things are just getting more and more interesting.

With services like Amazon Music Limited, Apple Music, Spotify and YouTube dishing out our musical supply, consumers have no shortage of options of where to get their favorite tunes or discover new ones. Here is more about 3 of the biggest.

Spotify is a favourite among many. This music streaming provider is a company based in Sweden. Spotify has provided audio streaming services to users since as far back as 2006. It was started by two founders: Daniel Ek and Martin Lorentzon. Right now Spotify dominates the music streaming business and happens to be the largest at present. The platform has a whopping 381 million active users a month. In terms of paid subscribers, it boasts of 172 million of them. Daniel Ek is the current CEO.

Apple Music is another heavyweight in the international music streaming business. This is a service by Apple Inc. It was launched in 2015. Now, Apple Music is available in up to 167 countries. Apple Music is accessible in the Americas, Asia, Oceania, parts of the Middle East and parts of Africa. The service provides a selection of millions of songs to its users. In the United States, Apple Music is more popular than Spotify. Last year the company posted a profit of US$4.1 Billion in revenue. 2020, As of 2020, Apple Music had about 72 million subscribers.

Amazon Music Limited provides a limited but wide selection of music. As of now, they have up to 75 million songs available for streaming on their platform.

Why Musicians may want other options

As it stands, musicians aren’t benefiting as much as they could. At present, it’s reported that platforms such as Spotify and Apple take up to 75% of the artist’s revenues, including the fee paid to their label.

With service providers getting the lion’s share of profits that Musicians earn, new tech offers solutions that might give artists more profits. This is a prediction by Saxo Bank. Saxo Bank published a list of predictions for 2022, titled “Saxo Bank’s Outrageous Predictions 2022 Revolution”. They believe that in a few months’ time Musicians will reap rewards from nonfungible token platforms. These benefits will come in because music creators will deal directly with their listeners and not go through a middle man. By ousting out the middle man, they will save on fees.

Audius: and other developments in NFT Music Streaming

Made Eberhardt, an analyst from Saxo Bank said that new projects in the NFT subsection showed promise to things started by 2022. The platform by Katy Perry, The Chainsmokers and Jason Derulo is one project worth noting. it is called Audius and is a music streaming platform in the blockchain space being a prime example of what to look out for.

What about traditional platforms that Stream Music?

According to Eberhardt, traditional platforms like Spotify and Apple should brace themselves for disruption and unprecedented change. However, this “bleakness” may take time to manifest because such platforms are still racking in serious revenues. Spotify’s active users grow by 19% each month. In 2020, Spotify posted 7.85 billion in revenues.