Home News IoTeX (IOTX): What You Should Know

IoTeX (IOTX): What You Should Know 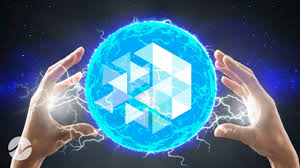 IoTex, which was founded in 2017, is a scalable blockchain network that elevates the internet of things (IoT) landscape to new heights. IoTeX wants to become the blockchain that powers the IoT ecosystem, a sector that is growing at an exponential rate.

According to the research firm GlobeNewswire, the IoT market is expected to be worth $308.97 billion in 2020. Its value is predicted to expand at a compound annual growth rate (CAGR) of 25.4 percent to $1,855 billion by 2028. IoT devices may collect and transmit massive amounts of data, and IoTeX aspires to provide the underlying blockchain that enables secure transactions.

IOTX, IoTeX’s native cryptocurrency, has recently been on a bullish run. Although it began at $0.06, IOTX reached an all-time high of more than $0.15.

IoTeX (IOTX) is a decentralized ecosystem designed to link Internet of Things (IoT) devices. To boost efficiency, the network incorporates sophisticated technologies such as machine learning. IoTeX aims to make it easier for enterprise clients to integrate IoT technology into their existing business platforms. IoTeX has connected over 9,500 devices and conducted over 14 million transactions to date with a staff of over 30 researchers.

IoTeX connects robots and humans via a scalable blockchain network. While many blockchain networks struggle with scalability, IoTeX overcomes this barrier by enabling real-time transactions at a minimal cost. Distinct IoT applications have different requirements, therefore putting all connected IoT nodes into a single blockchain is unfeasible.

The IoTeX blockchain focuses on this area by delegating responsibilities through sidechains. Each sidechain is designed to perform a certain function in a given application. These sidechains, which are linked to the root block, can communicate with one another when needed, reducing the burden on a single blockchain and enhancing efficiency.

The root chain is in charge of network security and governance, while its sidechains or subchains allow you to connect to IoT devices with similar functions or work in a similar environment.

What Problem it Solves

IoTeX uses these smart gadgets to power a new type of IoT-powered blockchain. As part of this plan, the system makes it easier to add new devices to the network. It only takes a few minutes to add a sensor to the IoTex system. Currently, the protocol is used by +9,366 smart devices. As part of the IoTeX strategy, the network was designed to be backward compatible with the EVM (Ethereum Virtual Machine).

As a result, Ethereum Dapps can easily transition to IoTeX. They can then benefit from lower fees and increased scalability without having to reprogramme.

This technique makes logical when you consider that Ethereum now dominates the market. It has the world’s largest Dapp ecosystem. However, it is currently experiencing record-high petrol prices due to traffic congestion. IoTeX gives these individuals with much-needed relief.

Another significant challenge that blockchain users face today is compartmentalization. There are numerous decentralized networks, but only a few of them openly communicate with one another. This scenario has resulted in data islands that are still stuck in their own networks.

The platform is known as the decentralized backbone for machine economics, and it is said to serve machines ranging from smart home devices to self-driving cars.

In addition, IoTeX has developed and launched a high-performance, quick, and EVM-compatible blockchain that provides scalability and flexibility for a variety of applications. Not only that, but decentralized apps and middlewares are built on top of the blockchain to enable self-sovereign oracles to exist in the real world. Furthermore, the previously mentioned IOTX serves as gas for the blockchain technology.

It is also critical that you understand that Burndrop is a one-of-a-kind economical architecture that leads to an overall deflation of IoT while the number of devices coordinated by the platform grows.

The combination of IoT and blockchain technology has long been a market developer’s dream. Both of these upcoming technologies have the potential to completely disrupt existing corporate operations.

They complement each other in a way that increases the performance of both systems when they are integrated. As a result, IoTeX will continue to gain traction in the corporate world as more companies seek low-cost blockchain and IoT integration options.

The IoTeX blockchain, which was founded just over four years ago, has showed enormous potential thus far. Because of the network’s capabilities, we’re likely to see more IoT devices and DApps developed on it, influencing the overall price of IOTX.

IOTX is just getting started in the market, and the IoTeX team has a long way to go. They appear to be on the right track, however, with announcements like MachineFi and great products like UCam and Pebble.