Home News Everything You Need To Know About Arweave (AR)

Everything You Need To Know About Arweave (AR) 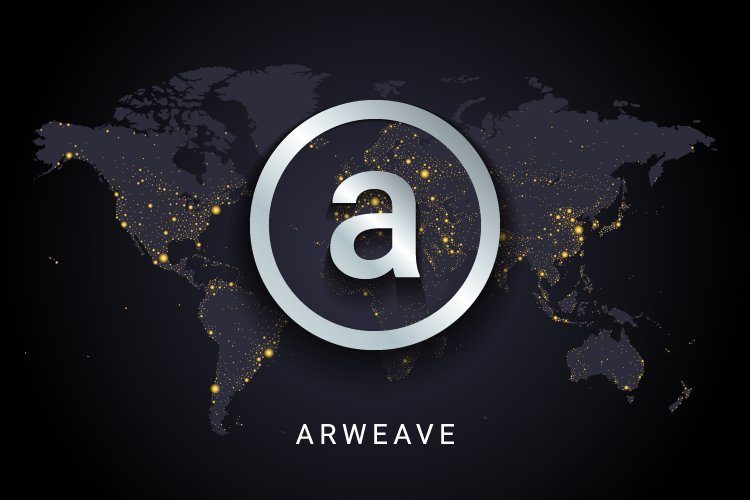 The advent of blockchain has flipped the script and accelerated the process of decentralization, which includes information storage. However, because on-chain storage is expensive and thus impractical for storing large amounts of data, most blockchains rely on other protocols. In this article, we’ll look at the crypto project Arweave, which uses a novel protocol to store data indefinitely and in a decentralized way. We’ll also go into the features of the cryptocurrency, how it works, and what makes it unique.

Arweave (AR) is a next-generation decentralized storage network. The platform establishes a safe and internationally accessible permanent data storage network. The project’s purpose is to construct a more long-term version of the internet while also reducing developer constraints. Using the platform, users and developers can archive sites and sources indefinitely. As a result, the network facilitates the development of more productive and comprehensive applications.

AR is the native coin of the Arweave blockchain, and it has a variety of applications within the ecosystem. Over 55 million of the 66 million maximum supply were coined in the genesis block upon the debut of the Arweave mainnet in June 2018. The remainder of the tokens will be issued as block rewards to Arweave nodes. There are already around 33 million AR tokens in circulation as of this writing. This cryptocurrency will become deflationary after the minting of 33 million extra AR tokens.

Arweave’s for-profit information technology company is based outside of London. On July 28, 2017, the platform became live. During a pre-seed funding round on July 13, 2021, the project received $525,000 to continue operations. Arweave is now one of the most well-known decentralized data storage networks on the market.

Arweave is not a blockchain in the traditional sense. Arweave maintains its data in a graph of blocks rather than a chain of blocks that contains transactions and data, as is customary for other cryptocurrencies.

This means that in Arweave, each block is linked to two previous blocks, generating a structure known as a “blockweave.” In contrast, in Bitcoin, blocks are linked in order to build a chain.

(Hedera Hashgraph is one of the cryptocurrencies that uses a graph structure.)

Because of the way Areweave is designed, it monitors the accuracy of transactions in a different method than most cryptocurrencies.

Whereas Bitcoin requires computers on its network to compete to solve a mathematical puzzle — a technique known as proof-of-work — Arweave employs a distinct approach known as “proof-of-access.”

In summary, Arweave requires each computer on the network to verify that a new bundle of transactions includes a randomly selected marker from a previous bundle.

If such marker exists, new transactions can be added to the network. The computer that adds a new package is rewarded with AR coin.

Proof-of-access ensures that machines on the Arweave network can confirm that all new transactions are correct and that existing transactions have not been tampered with.

Another element of the Arweave network is the ability for anyone using the software to select the sort of data they want to save. In Arweave, this is referred to as content moderation.

Simply said, machines on a network can choose what kinds of content they want to host.

Maybe they only want to host audio files and not photos. Arweave will ask each machine whether it would accept new content as it is uploaded to the network.

However, there are incentives for more intensive data storage, as consumers who do so will be rewarded with a higher percentage of transaction fees.

Despite the Arweave network’s seemingly sophisticated workings, all technicalities lie under its back-end operations, while the network’s front end is streamlined for the greatest user experience possible. Adding a website to the Arweave blockchain is as simple as adding a bookmark to your browser using the Arweave browser extension. Pages stored with this addon can be seen and shared by other decentralized network users.

Data stored on Arweave is permanent and unalterable. Arweave applications are also permanent in that their rules cannot be amended or changed, even by the applications’ designers.

To summarize, the Arweave blockchain is a long-term data storage solution that is on track to solve many critical concerns in decentralized storage. Arweave’s revolutionary technique overcomes the storage restriction problem while simultaneously addressing scalability. It also provides developers with indefinite storage to build DApps and gain additional prizes for network management. Furthermore, with incredible partnerships and the addition of NFTs, the Arweave network is primed to achieve new heights in the near future.