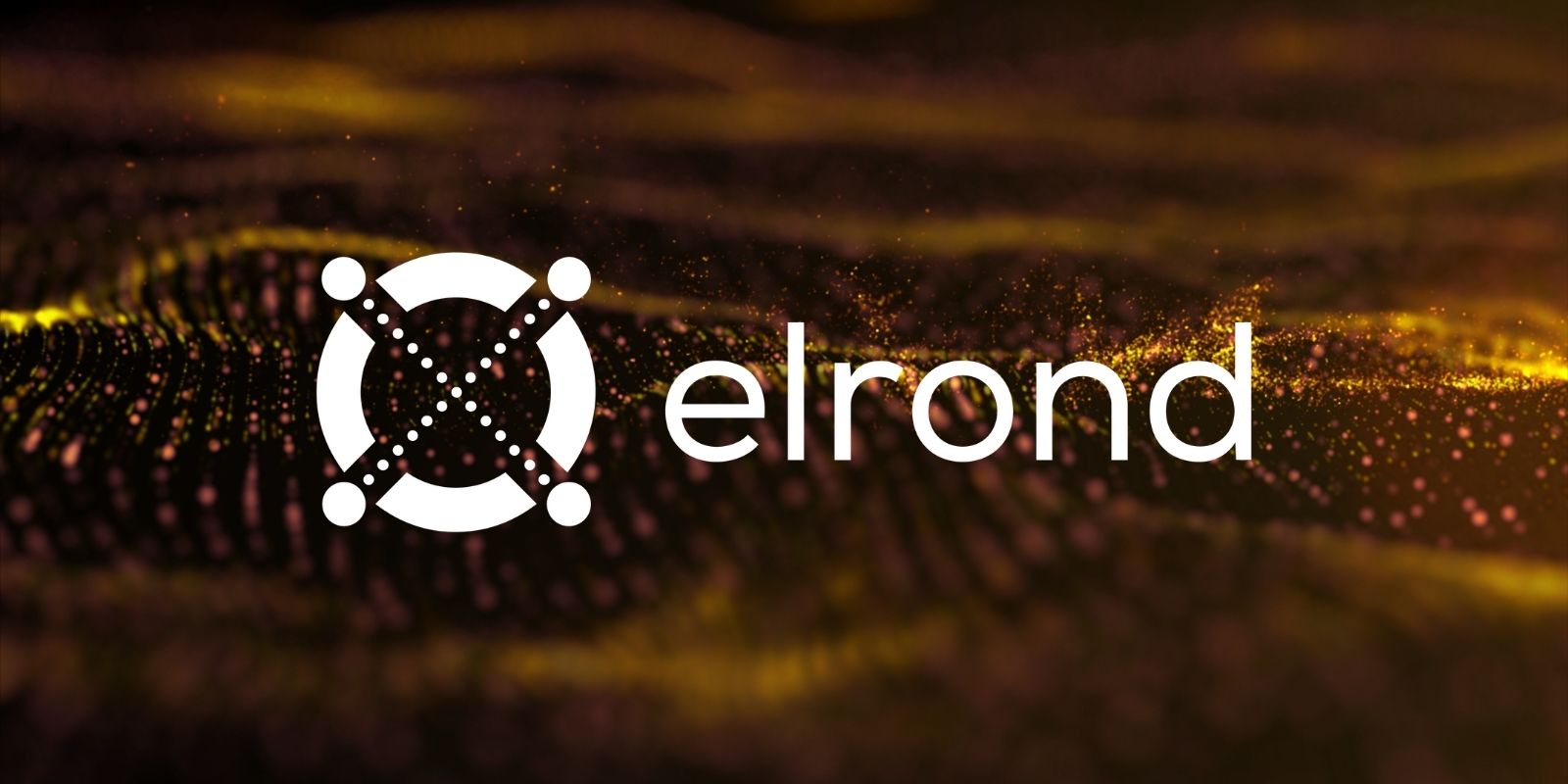 Elrond is a blockchain-based platform designed for scalability, speed, and security. It creates a network powerful enough to operate at “internet scale” by putting a new spin on existing technology.

You’ve probably heard of the scalability trilemma if you’ve been around the cryptosphere for a while.

Let’s learn about Elrond, how it works, and the problem it solves.

What is Elrond (EGLD)?

“A highly scalable, fast, and secure blockchain platform for distributed apps, enterprise use cases, and the new internet economy,” Elrond sums it up wonderfully. The Elrond network, which was founded in 2017, intends to enable faster and more cost-effective transactions through smart contracts that are managed by a distributed network of computers. Elrond was created by brothers Beniamin and Lucian Todea to address difficulties with blockchain scalability.

They concentrated on creating a blockchain platform that was superior than any other blockchain platform at the time. Elrond Network was conceived with the goal of creating an interoperable and highly-level scalable blockchain network. Elrond is quite a powerful network. With an average cost of $0.001, it can execute nearly 10,000 to 15,000 transactions per second.

Elrond Network believes in decentralization in its purest form. The network is aimed to compete with major blockchain platforms like Ethereum, Zilliqa, and others by utilizing features such as sharding and a secure proof-of-stake. Furthermore, it is the first network to implement state, network, and transaction sharding simultaneously.

Also Read:  Explaining Bull Trap: What is It?

Prior to performing an IEO, the Malta-based platform raised $1.9 million in a private investment round from various angel investors. Later, the network held an initial coin offering (IEO), raising $3.25 million and exchanging 25% of the entire quantity of its ELGD tokens.

Lucian Todea and Beniamin and Lucian Mincu conceived and released Elrond in 2017. The Mincu brothers also co-founded ICO Market Data, a data aggregator for initial coin offerings, and MetaChain Capital, a digital asset investment company. The Elrond team launched a private funding round for the project that brought in over $2 million.

Elrond held an ICO in July 2019 that raised about $3.2 million by selling 25% of its total supply. Elrond was initially traded under the ticker ERD, but after the mainnet was published, the ticker was changed to EGLD (eGold).

Smart contracts, transaction settlement, and token issuance are all available on the Elrond network, which is similar to other cryptocurrency networks.

To offer a variety of products and services, developers can use programming languages (such as Rust, C, and C++) to run bespoke programming logic (smart contracts) and construct new programs (decentralized applications).

Elrond is distinguished by its sharding and proof-of-stake design modifications, which aid in the processing of about 12,500 transactions per second.

Sharding divides the network into shards, allowing nodes to process only a portion of the network’s transactions. Other competing blockchains, like as Zilliqa and Polkadot, use this method as well.

‘Adaptive State Sharding,’ Elrond’s transaction processing technique, divides nodes into subsets to verify transactions. The shards broadcast the transactions to the metachain (Elrond’s core blockchain), where they will be settled.

Also Read:  What You Need To Know About Secret (SCRT)

One-third of the nodes validating transactions in each shard are reshuffled to a new shard every 24 hours, with the goal of preventing validators in each shard from colluding.

The Secure Proof of Stake governance system, which keeps the distributed network of computers running Elrond’s blockchain in sync, is at the heart of the project.

SPoS is utilized by computers running the Elrond software to secure the network, validate transactions, and distribute freshly generated EGLDcoins, much like regular PoS.

Elrond’s network, however, is made up of shards rather than a single chain, hence its SPoS consensus method is utilized to choose validating nodes to produce blocks inside a shard rather than throughout the entire network.

Validators must check the work of block producers and sync with other shards in the network to achieve final settlement. These contributors are rewarded with EGLD tokens once a batch of transactions is successfully added to the Elrond blockchain.

Elrond’s implementation of Adaptive State Sharding sets it apart from other sharded blockchains.

In brief, Elrond’s Secure Proof-of-Stake consensus method combines eligibility based on the amount of EGLD tokens staked by validators with a network rating for each node, resulting in meritocracy and the elimination of computational inefficiency associated with Proof of Work (PoW). This approach is regarded as a secure and low-latency consensus solution.

Elrond emphasizes scale and fast transaction rates as the project’s key sources of intrinsic value, claiming that the network can execute up to 15,000 transactions per second. Elrond is a highly functional ecosystem thanks to its rapid transaction speeds, scalability, decentralization, and full custody of users’ assets.

Also Read:  Fantom Shocks the Market with 195% Increase-Here is the Reason why

Elrond aspires to become a model of the new internet economy as the project progresses. The project provides fast transaction speeds and tools for dApp development and deployment for public and enterprise-grade use cases.