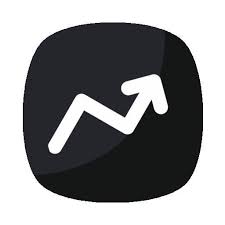 Because of the current level of anxiety and uncertainty in the crypto market, some assets, such as Binance currency and Solana, have been unable to rise. Most tokens in the top ten by market capitalization have recently shown more stability than volatility.

SOL has been the hardest damaged by this pattern of the two highlighted projects, since it has been on a continual slide. We may infer that February was a particularly dismal month for cryptocurrencies, as it failed to close any of the prior five weeks in the green.

BNB, on the other hand, is going through the same thing. However, the exchange token concludes the intraweek session with gains on a few occasions during the span under study.

Based on the current situation of the market, both tokens, particularly SOL, may be doomed. However, due to the continual reduction in price, indicators have been displaying optimistic signals.

We will use the Moving Average Convergence Divergence to monitor this minor shift (MACD). We noted a minor decrease in selling pressure on the weekly chart by focusing on the histogram linked with this signal.

This claim is shown further in the figure below. We noticed that the MACD’s histogram has been printing a progressive decline in bearish actions on BNB over the last four weeks.

A closer check at the Relative Strength Index, similar to binance coin, revealed that, in line with the previous metric, it has seen a lot of stability over the last four weeks.

Solana has not experienced this level of stability since its debut on the market. However, a slow dip in RSI from May to July of last year was followed by a strong rally, which saw the asset reach a new high and ascend up the market cap list.

It is difficult to forecast when the adjustments will cease. Nonetheless, based on the previous year’s experience, we saw that both assets relied on strong fundamentals to reverse their slump.

At the moment, the market was inundated with bullish stories. As the news-induced FOMO subsided, most traders remained positive on the asset and continued to pump.