Home News A Final Glance At The Year BTC, ETH And BNB Had

A Final Glance At The Year BTC, ETH And BNB Had 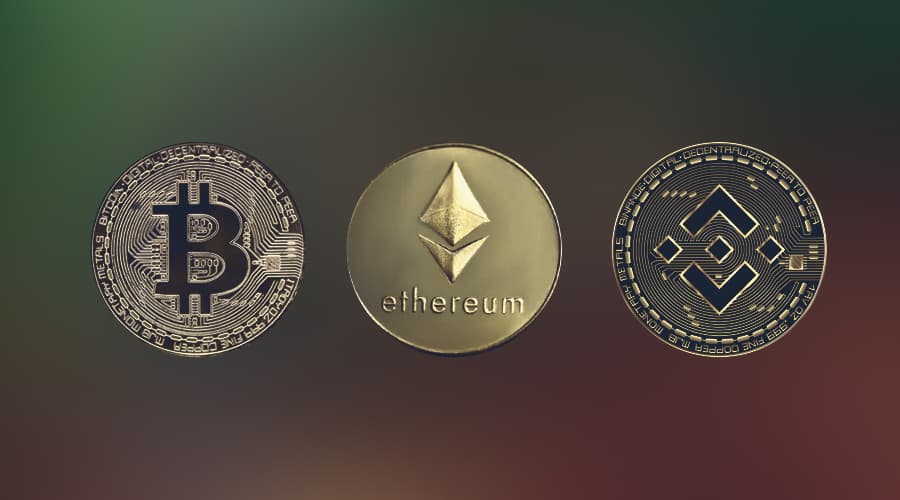 As the year 2021 draws to a close, many would agree that it has been a major turning point for the cryptocurrency industry. Aside from the continual battle for domination between bulls and bears, the crypto market has seen a number of price-defining events. Despite this, the business has experienced widespread acceptance by institutions and substantial discussion about rules rather than outright prohibition.

Many people would want an overview of market performance and a prediction of what price particular leading assets will close at given the ups and downs that have occurred over the preceding 363 days, and this post is aimed to ease their fears. Let’s begin by looking at the global cryptocurrency market.

The Industry Peaked At $3 Trillion This Year

At the start of the year, the crypto market was valued at $778 billion, the lowest it has ever been. At the time of writing, the industry is valued at $2.3 trillion, down from $2.9 trillion at its height. The increase in value from the initial price to the most current valuation is more than 200 percent.

The industry’s rise is exciting, especially when we consider some of the events that have occurred in the previous 363 days. Nonetheless, the year in question saw a 200 percent growth, making it the second year in a row with such advances.

With only two days left in the year 2021, many are speculating on what various cryptocurrencies will end the year at. We’ll take a final glance at the three largest cryptocurrencies, BTC, ETH, and BNB.

The most valuable digital asset has increased by more than 70% in value since January 1, when it launched at $29,000 and is now valued at $47,797. Six of these periods concluded with BTC gaining heavily, dividing the months evenly between the two camps of traders.

Most traders were positive on BTC at the start of the year, and thought that the top cryptocurrency might exceed the $100k mark. The largest cryptocurrency asset gained 102 percent in the first quarter. BTC was at its high in Q1, and the following period witnessed relatively little growth.

In response to the issue of whether the bulls have finally woken up, a prior research indicated that December is known for the steadiness the top currency enjoys during this time. The price’s stability can be attributed to a drop in trading activity, since most traders are away for the holidays.

The article concluded by stating that, based on the foregoing remark, any increase at this time may be deemed short-term and may not endure as long as many people expect.

Regardless all the bearish and bullish battles, BTC has remained constant below and at $50k for the previous three days. If market circumstances stay unchanged, bitcoin might conclude the year somewhat above or slightly below $50,000.

Ether, like the majority of the top cryptocurrencies, has seen enormous growth. The currency began trading at $737 per unit in 2021. The second most valuable digital asset is now trading at $3,800 per token at the time of writing. We calculated that, ETH, under consideration had increased by more than 400%.

Throughout the four quarters of the year, the biggest alt experienced tremendous gains, reaching an all-time high of $4,868 last month. The initial price became the lowest the coin touched after continuing the increase from the previous 363 days to the present. Upgrades were also made.

On August 5, the long-awaited Ethereum London hard fork went live. The update, which replaced Ethereum’s existing “proof of work (PoW)” system with a “proof-of-stake (PoS)” protocol, is a significant step forward for ETH’s Tokenomics as well as the approaching launch of the Ethereum 2.0 project.

The objective of seeing ETH surpass $5,000 before the end of 2021 appears to be in jeopardy, as the current pricing predicts that it will be impossible to achieve in the next two days.

Binance coin began 2021 with two figures, but will finish up with a third figure. BNB was trading at $44 per unit on January 1st. The digital asset is now trading at $540 per token. The third-largest coin now has a price rise of more than 1,000 percent.

It dropped 43% at the time, but recovered two months later to hit an all-time high of $696. BNB had a lot of volatility in 2021, as seen by the rises and corrections. After barely four months of bearish supremacy, the bulls have emerged victorious.

The asset has been trading over $530 for the past six days, indicating increased purchasing pressure. A deeper examination of the chart reveals that the exchange token is beginning to trend upwards. If the current increasing trend continues, crypto’s second most valuable asset might rise beyond $560. On the daily chart, however, there is a lot of volatility, which might dissuade any raise but keep prices over $530.