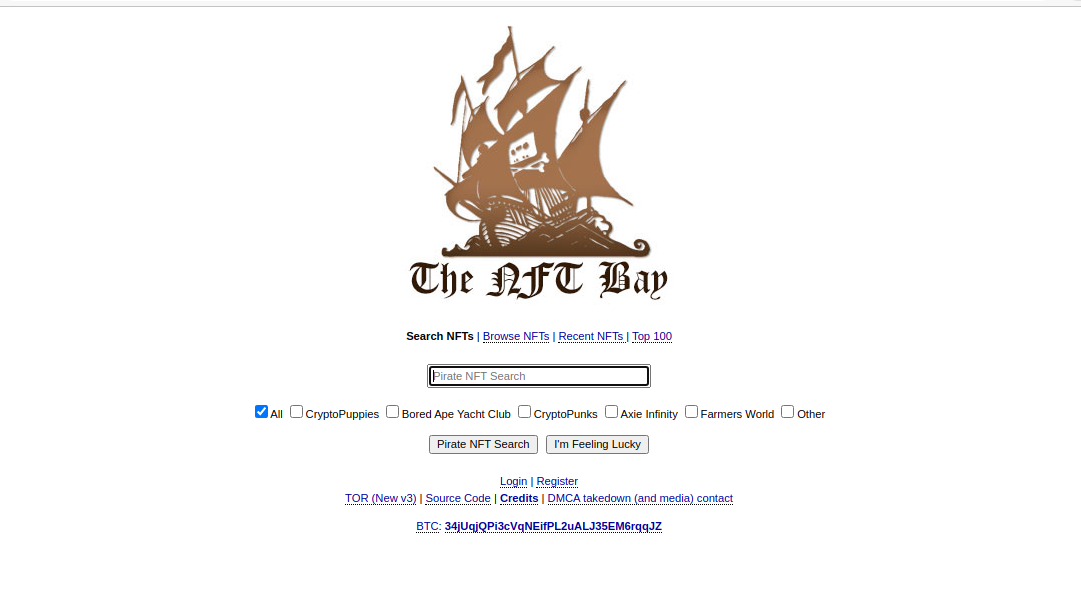 Geoffrey Huntley, an Australian software engineer based in Adelaide, Australia created the (NFT) Bay. The NFT Bay contains a repository of NFT (Non-fungible tokens) copies showing that they are simply instructions on accessing and downloading image files. Included in the archive are numerous JPEG images of the NFTs. If you are looking for secured tokens, this repository does not include the blockchain-secured token, for obvious reasons.

The online resources were launched this past Thursday. The developer selected a bare-metal server to rent for this platform. The service currently costs him USD $145.50 per month and includes a total of 40 terabytes of hosting space on SATA disks in RAID0. Based on its popularity with over 1.2 million visitors, we can safely say that it looks very promising indeed. With the fact that the new service has had to accommodate over a million visitors, we can also safely conclude that the platform is handling the viral traffic levels quite well. The NFT Bay boasts of a 17.96 terabyte repository of copies of non-fungible token files. It is possible the public needed a resource like this. After all, over 1.2 million users have visited the fledgling service.

The developers of the platform did a clever job of making the website look like one of the most popular websites in the world, and the most popular torrent website: PirateBay. It is a clever decision on their part. The design may help instill a sense of familiarity among users that are used to using PirateBay and other torrent services.

The NFT Bay, just like Pirate Bay, has the same logo layout. It has the ship, color scheme, and a minimalist home page design. The main difference, apart from the name, is that in Pirate Bay people usually download movies and television shows. In The NFT Bay , people can download JPEG copies of NFTs instead.

What Critics have to say?

Critics have various views on this new buzzing online service. Some see it as just a prank. One critic described it as basically an educational art project. The critic said it can help people become more conscious of their NFT art purchasing habits. Additionally, it can help people understand what it means when they buy NFT art. Huntley, the developer of the platform explained to Cointelegraph in an interview. He shared that most people do not understand what the technology – NFT – actually is. The developer thinks that most people are buying the JPEG file and not the most important part: the non-fungible token itself. He also added that unscrupulous people, aware of this ignorance in users are unfortunately exploiting this ignorance.

Huntley stated that the image file is not kept on the blockchain. He added that most images that he has seen are kept on Web 2.0 servers. For this reason, at some point, the resource’s link would likely display a file missing error (404).

The CEO of West Coast NFT, Steve Mitobe disagreed with this train of thought. In an interview with the Cointelegraph, Mitobe highlightted that the general standard for NFT is utilizing decentralized network storage solutions like Arweave or IPFS. He stated that usage of these types of system solutions is beneficial. He reasoned that NFTs stored with these systems can therebe recovered and are permanent, ensuring that 404 (missing file) errors are not an issue.

Now that The NFT Bay has attracted 1.2 Million users, there is excitement for many. Some critics were somewhat in support of this new project. Drew Hess, an England-based software developer took to Twitter and shared his thoughts. He felt that this project could have a positive effect by helping to disabuse users that NFTs are intrinsically valuable.

The founder of The NFT Bay, Huntley, seems content with how the project is going so far. With The NFT Bay having gone viral, perhaps that is to be expected.