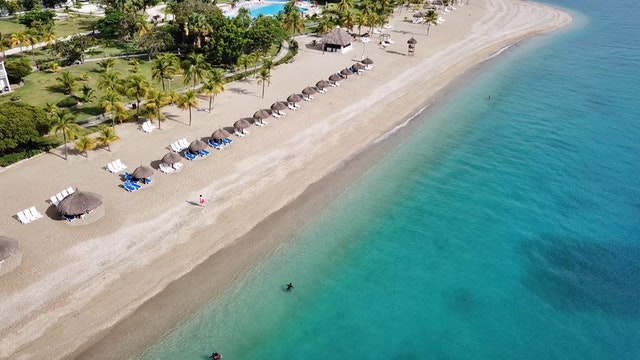 Haiti probably does not come to mind when we consider cryptocurrency or even blockchain technology. We may think of progressive nations in the west, Asia, and other parts of the world. We probably do not consider a nation like Haiti. Haiti is a small country in the Caribbean that has faced many challenges, including natural disasters, ineffective leadership, and poverty. Even now, the nation is one of the most poverty-stricken countries in the world, in regards to gross domestic product per capita.

Nandy Martin is working to make a change for the small nation. Martin is an entrepreneur based in Haiti. He is known for going around the country dressed in a costume as a superhero. His costume includes a shield, perhaps reminiscent of “Captain America” for some people. As a result, people there know him as “Captain Haiti” because of his outfit. Martin founded the Little Haiti Coin on the Cardano blockchain. He established in Maimi’s Little Haiti. The goal he has is to use it to make his community better and also increase crypto usage for business. In addition, he would like people to use it as a means of marketing Haitian imports. Martin was interviewed by Cointelegraph and shared a few insights. He shared ideas around Little Haitian Coin and the path ahead for the project’s future.

The inspiration behind the Little Haiti Coin

When asked about what inspired Martin to create this coin, he told the news outlet that there are many organizations involved in trying to help Haiti. However, over the past 60 to 70 years the situation in Haiti has worsened, regardless of all the efforts, these organizations are trying to make. Martin said that is why his approach is 100% capitalistic with the aim of making it integrate into the global economic systems. His creation of the coin is to help the Haitian community tap into the crypto era. He would like to see Haitian goods and minerals reaching the global market through the trade vehicle that a coin like his could allow. At the same time, the coin could also assist the community with programs designed to improve society.

In response to how he would turn this vision into reality, Martin had several comments to make. Martin said that they had designed a 1 million Little Haiti Coin on the Cardano blockchain and they intended on purchasing and partnering with a 5000 square foot facility in Little Haiti. The idea would be that the inhabitants of that area would be able to come and get a wallet. With that wallet, they would be in a position to buy goods in the community that comes from Haiti. The purpose of the token is to offer people from that community and the world various discounts from 10 – 100% on goods from the Carribean nation.

How Little Haiti Coin will Help

The initial goal of the project is to get local businesses to adopt the coin as tender. Businesses that agree to accept Little Haitian Coin, would be publicized by the coin on their advertisements as places where the coin is accepted. Martin said to accomplish this, he discussed the matter with the authorities in Maimi District 5. The Commissioner of the area, Jeggrey Watson granted funds to the tune of US$ 200,000 to 40 local enterprises. The idea of granting these funds to these local businesses is to assist them. The assistance is so they import goods from Haiti. When these enterprises import these goods, Haitian products can be made accessible to tourists that decide to visit Little Haiti.