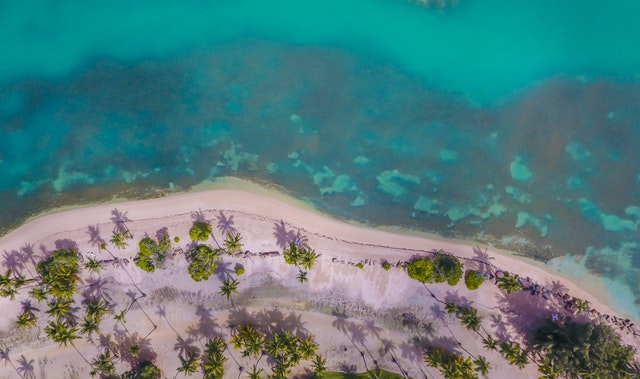 If blockchain is utilized in such a manner, the infrastructure involving blockchain and smart contracts has the potential of improving the situation in Puerto Rico. The situation can be improved because of the increased transparency and accountability that blockchain technology and smart contracts offer users. The lawmaker, Hernandez, made these comments on the 6th December 2021 to Bloomberg, at a conference. The conference was for the Puerto Rico Blockchain Trade Association.

He stated that they had a genuine credibility challenge and the blockchain infrastructure could solve this problem. Additionally, Hernandez stated that there is a wider goal for their government to establish Puerto Rico as a center for crypto and blockchain innovation. The lawmaker stated that this could be one way that their struggling economy could develop by investing in this emerging industry.

The official referred back to the state’s economy in the 1960s and 1970s. Furthermore, he mentioned how Puerto Rico had a better economy in the past due to a niche in manufacturing. Now, the state has the opportunity to create employment and new opportunities via cryptocurrency and blockchain technology.

More people are anxious about the territory’s corruption challenges. Therefore, Hernandez made these comments in this climate. One such case of corruption in Puerto Rico is that of a local mayor that accepted responsibility for an act of corruption. Ultimately, that mayor pleaded guilty to taking a bribe of the value of US$ 100,000 last week, in cash.

Also Read:  Epic Games Gets $2 Billion to Create a Metaverse

Other nations Turning to Blockchain Technology

At present, this small nation is not the only nation that is turning to blockchain technology and digital currency. Some other countries that are looking at the opportunities that blockchain technology may offer include Denmark and also Kenya. In the case of Denmark, the Ministry of Foreign Affairs made statements on the potential that they perceived was available for blockchain. In other words, they believe it too can combat corruption in the government’s administration and politics. This was last year. In the case of Kenya, they received advice from the United Nation’s drugs and crime agency. The agency advised this African nation to consider utilizing blockchain technology to fight corruption in government. The UN organization offered Kenya this advice by the UN agency back in 2020.

Currently, a number of countries do not allow their government officials to hold cryptocurrency. One such country that does not allow its public officials to own crypto is Russia. The Russian authorities cite corruption challenges as the reason for this legislation. However, some people think that Russia could curb corruption by using cryptocurrency. Maria Arganovskaya offered her comments on the matter. Arganovskaya is a legal expert and fintech professional. She is based in Duma, in Russia.

Arganovskaya explained to a news outlet that blockchain could be a solution to this problem. She said that cash is actually more recognized for illegal activities. These illegal activities include corruption. Arganovskaya added that if the Russian government was to incorporate the Know Your Customer protocols and AML at the beginning, this could help. The expert added that with these measures in place, cryptocurrency can easily be traced for law enforcement purposes. They indicated that tracing by law enforcement of the crypto would be possible if these important and appropriate rules are established.

At present, the small territory generatelaw enforcement agencieslaw enforcement agenciess the bulk of its revenues through the manufacturing and service industries. Historically, it depended on agriculture. With the statements by Hernandez, we can look forward to seeing what investing in blockchain technology can do for the nation’s economy.