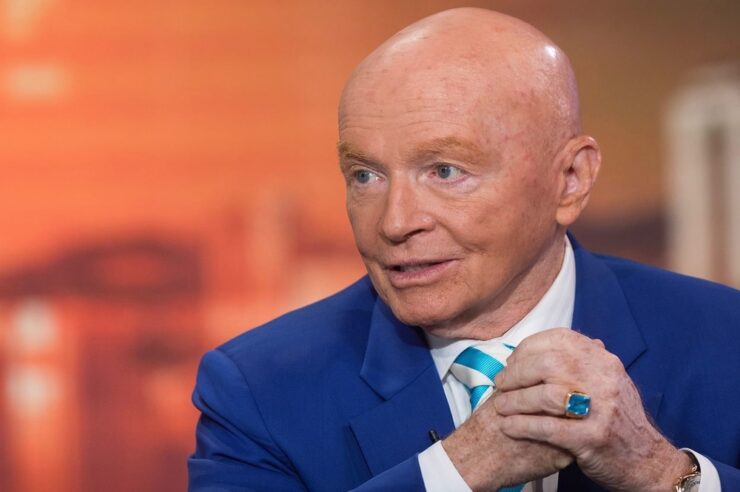 Fund manager and crypto skeptic Mark Mobius during an interview with CNBC, crypto is more like a religion than an investable asset, due to its highly speculative nature.

He opined that cryptocurrencies should be seen as a fun activity, not as an investment.

“People should not look at these cryptocurrencies as a means to invest. It’s a means to speculate and have fun. But then you got to go back to stocks at the end of the day.”

The issue of cryptocurrencies has often been met with conflicting opinions from high-profile investors, financial regulators, and analysts.

While some large institutional investors believe that crypto has potential, others are adamant that the asset class is worthless.

Just a few months ago, the CEO of American multinational investment bank JPMorgan Chase and a known Bitcoin critic, Jamie Dimon criticized the digital asset in an interview, saying that Bitcoin (BTC) has no intrinsic value and that it is “a fool’s gold.”

He noted that BTC will be regulated because the digital asset has been widely used to conduct illegal transactions in recent times, including activities involving sex trafficking and money laundering.

However, several other investors keep sharing their support, embracing and adopting the asset class.

Billionaire investor Paul Tudor Jones said crypto is his preferred choice over gold, adding that there is a place for the asset class and that it is winning the race against gold.

Furthermore, the billionaire also spoke about inflation concerns in the US, noting that cryptocurrencies are a better hedge against inflation than gold.

However, Mobius begs to differ. He pointed out that he believes stocks are the answer to inflation.

“Stocks definitely are the answer because the devaluation of currency is not going to go away, which means inflation is going to continue at a high rate going forward… Don’t forget the U.S. money supply has gone up over 30%.” Mobius said.

The investor noted that his firm has invested 20% of its fund in Taiwan, 20% in India, and about five or 6% in China.