Home News Everything You Need To Know About ZCash (ZEC)

Everything You Need To Know About ZCash (ZEC) 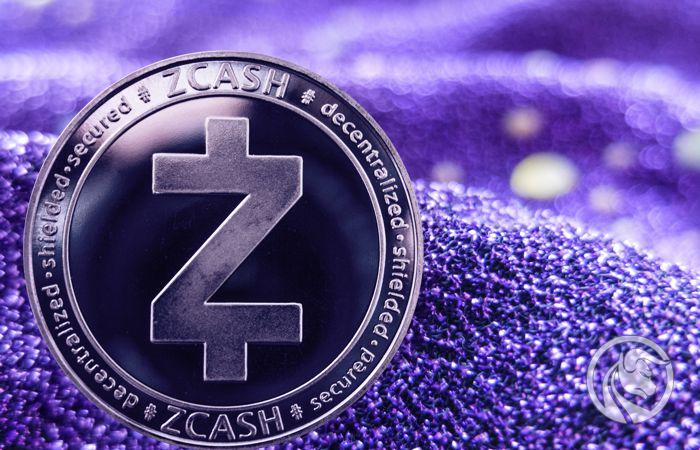 ZCash, like Bitcoin, is a peer-to-peer (P2P) cryptocurrency. However, unlike Bitcoin, its main focus is on private, anonymous, and fungible transactions, which Bitcoin cannot do.

Zcash, formerly known as Zerocoin, was forked from Bitcoin and introduced in October 2016. It is built on a unique cryptographic protocol that protects the identity of the sender, the identity of the receiver, and the amount transacted between the two parties.

Zcash, on the other hand, does not incorporate privacy and anonymity by default because it, like Bitcoin, includes a transparent transaction feature. As a result, Zcash offers built-in anonymity and privacy protections for those who desire to use them.

Zcash has a long history that dates back to 2013. The project began as Zerocoin, a completely separate network. A couple of members of the John Hopkins University Department of Computer Science in Baltimore created this privacy coin. Zerocoin was created by Matthew Green, Christina Garman, Ian Miers, and Aviel Rubin in particular.

Following an MIT cryptographic partnership in 2014, a new protocol developed. This new coin has more advanced functionality than the previous one. Zerocash was the moniker given to it. In October 2016, the network saw the birth of the Zcash cryptocurrency. At the same time, the Zcash Foundation, a non-profit organization, was established. This organization is dedicated to the growth and extension of the Zcash ecosystem in the future.

Apart from its privacy features, Zcash is a cryptocurrency that works in the same way as other cryptocurrencies.

Nodes verify and record both shielded and unshielded Zcash transactions on the blockchain. An open network of computers adds blocks using the Equihash algorithm, which estimates how much RAM a miner is dedicating to safeguarding the blockchain.

The goal of this design was to reduce the influence of specialized mining equipment, allowing smaller computers to compete for rewards more effectively. (However, large-scale mining companies had created Zcash-specific mining devices as of 2018.)

Another unique feature of Zcash was the way in which its coin was designed to be dispersed.

This subsidy was set to expire in 2020, around the time that the protocol’s first “halving,” or reduction in the amount of new ZEC it can issue, occurs.

A vote to prolong the awards distribution to these companies has yet to take place as of early 2020.

Hundreds of rival cryptocurrencies, like ZCash, have sprung up as a result of Bitcoin’s success. As cryptocurrency users realized that their transactions were easily traceable on the blockchain, the need for anonymity grew. Zooko Wilcox-O’Hearn founded ZCash in October 2016 in response to Internet users’ requests for an open banking system with additional privacy protections.

Bitcoin was a forerunner in the open financial system; ZCash aims to keep the same structure as Bitcoin, but with the added benefit of privacy and fungibility. The ease with which one commodity can be replaced for another is referred to as fungibility. Money is fungible because it can be exchanged for anything else, whether it is gold or a fiat money like the US dollar.

Because fungible instruments are vulnerable to fraud and theft, gold is held in underground vaults, while fiat currencies are monitored by treasuries and central banks at all times. To combat fraud and theft, Bitcoin implemented a system that made all transactions completely transparent and traceable.

Unfortunately, Bitcoin’s disregard for privacy is a weakness that it has attempted to address. Because wallet addresses were pseudonymous, some early Bitcoin users felt that using Bitcoin was anonymous. Legal action against darknet sites like the Silk Road, on the other hand, demonstrated that all it takes is a modest quantity of data to reveal the genuine person behind a Bitcoin wallet.

Zcash broke new ground by embracing Bitcoin’s open ledger structure and encrypting user information. This implies that, while all ZCash transactions are recorded on a blockchain, they are encrypted and may only be accessed by people who have been granted access.

The majority of anonymous digital currencies, such as Monero, rely on private keys made out of alphanumeric characters. Users of cryptocurrency are also given a public address that serves as their identity (similar to the Internet Protocol, or IP, address assigned to computer network users). To receive funds from another user, the sender must know the other user’s public address; this also means that the sender must know the other user’s address in order to effectuate the transfer.

Prior to Zcash, most cryptocurrencies, such as Bitcoin (BTC), were supposed to be “pseudonymous,” which meant that data about the amount users exchanged, the addresses they sent funds to, and the addresses they received funds from were all recorded on the blockchain and visible to everyone.

So, while some people may promote cryptocurrency as a form of privacy, this isn’t always the case. Whether by firms, governments, or criminal entities, data may (and occasionally is) connected back to the individuals who made transactions.