Home News Everything You Need To Know About eCash (XEC) 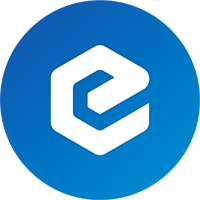 The eCash (XEC) project builds on the success of Bitcoin Cash by extending its objective to deliver a more secure peer-to-peer electronic cash system to the rest of the globe. The creators, for example, took the good lessons acquired from Bitcoin Cash and applied them to eCash. As a result, it is more adaptable, secure, and scalable than its predecessor.

ECash (XEC) is led by Amaury Sechet, who was the principal developer of Bitcoin Cash (BCH) and forked that blockchain to create Bitcoin Cash ABC, the forerunner of eCash (BCHA). On November 15, 2020, the fork occurred. Sechet then chose to rebrand Bitcoin Cash ABC in order to build a new brand identity for eCash, arguing that reducing the number of decimal places will aid in the coin’s adoption:

There are no other currencies that have eight decimal places. Why should crypto be considered? Cryptocurrencies with a lower unit price appreciate more in a bull market. This enhancement was a no-brainer for the eCash team, who are motivated by both technological and price improvements.

Sechet was a key figure in the creation of Bitcoin Cash, spearheading its original split from Bitcoin in August 2017, its continuance after Bitcoin SV (BSV) was forked from it in November 2018, and its most recent split from Bitcoin Cash in November 2020. He worked as a software engineer at Facebook and as a lead developer at Stupid D Compiler before becoming interested in cryptocurrencies.

The multi-layered approach of the eCash network combines a privacy-focused blockchain with an EVM Subchain to make it simple for developers to create Dapps and smart contracts. One of the most effective approaches for new blockchains to gain greater scalability is to separate smart contract functionality. The EVM designation, for example, means that Ethereum developers can port or expand their existing Dapps to the eCash network without having to rewrite their code.

On the eCash system, anyone can build customized tokens. The system does away with the normal technological requirements. Using the platform’s dashboard, you may create a unique token name, supply, decimal places, and icon.

Sighash is used in eCash’s native wallet to boost security. This system allows users to keep track of their bitcoin holdings, as well as buy, sell, and trade it. This interface also allows you to keep track of your staking rewards.

When users invest XEC tokens, they get prizes and more. Staking contributes to the network’s security while also providing you with a low-risk passive income stream. Because your payouts are predetermined based on the number of tokens you stake, staking is less risky than trading. As a result, staking is significantly easier to obtain consistent returns than trading.

Avalanche, a revolutionary consensus method, is at the heart of the eCash concept. Regular users can participate in the validation process without having to buy expensive mining rigs thanks to our unique Proof-of-Stake technology. Avalanche comes with a lot of complex features. The network’s Adaptive Block Size (ABS) can expand up to 1TB.

Bitcoin, on the other hand, has a 1MB block size. Avalanche also has a Merklix-Metadata Tree, Canonical Transaction Ordering, and Pre-consensus functionality. This method allows for near-real-time processing and transaction completion on the network.

The CashFusion Protocol is a network privacy management add-on. The method offers a high level of anonymity that rivals the best privacy currencies. As part of the Electrum ABC network, the technology allows you to conduct private transactions. While the expense of tracing these transactions is far higher than that of conventional transactions.

Also Read:  TrueUSD (TUSD): What To Know About the Stablecoin

To accomplish this, eCash’s creators have devised a bold plan that includes the following goals: