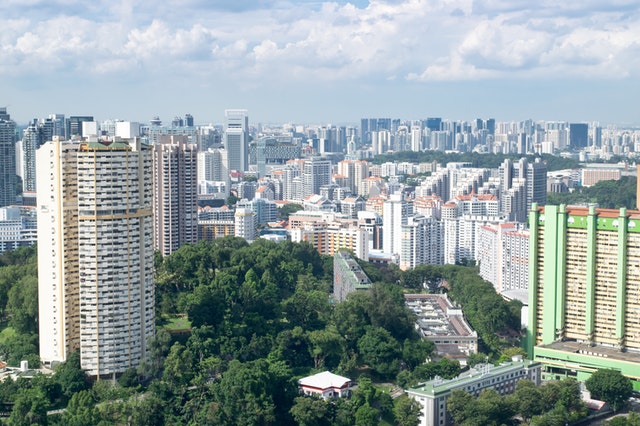 Ethereum looks more like the main contender out of all blockchain choices in Southeast Asia. Innovation in the blockchain space is booming in Asia, specifically in the Southeast. This particular part of the world boasts of headquarters of numerous financial technology and cryptocurrency businesses. One such country, Singapore, is leading the pack. Singapore is now one of the world leaders in cryptocurrency adoption.

What do the numbers say?

A recent report by Gemini highlighted this. Gemini is a crypto exchange. In Gemini’s report, they discovered that 67% of their sample population of 4,348 own Ethereum cryptocurrency at present. The publication also noted that Ether is a cryptocurrency that is mostly owned in the region. 78% of the respondents stated that they currently own the asset.

On top of this report’s findings, Ethereum’s blockchain may be the favored option for Southeast Asian financial organizations. “Ethereum in Finance: A view from Singapore”, an event by Enterprise Ethereum Alliance discussed how this is likely the case. ConsenSys’ managing director, Charles d’Haussy, and panelist at the event told a news outlet that firms in Southeast Asia attempting to empower e-commerce cross-border transactions prefer Ethereum. He said these firms favored Ethereum for several reasons. These reasons included that Ethereum’s fundamental features, from a technical perspective, offer a better fit in comparison to others.

Why is Ethereum favored?

d’Haussy stated that the fact that Ethereum includes a smart contract layer on its blockchain network gives the solution a competitive advantage over rival options. He noted that this is an advantage because other options offer a smart contract layer without including a blockchain. Financial institutions also value the ability to create accounts for certain tokens with Ethereum. In the past, other solutions did not provide this ability to offer both accounts and tokens.

d’Haussy also stated that financial organizations have numerous ways of benefiting from Ethereum’s useful functionality and features. Daniel Lee told CoinTelegraph that their company is utilizing Ethereum for its security token exchange. Lee is a top executive and head of business and listing from DDEx (DBS Digital Exchange). DDEx is a digital exchange supported by DBS. DBS is one of the region’s biggest banking groups that offer trading services for various digital assets, not limited to security tokens and cryptocurrency.

What About Ethereum’s Weaknesses?

Ethereum has high gas fees. It also has challenges with scalability. These are some of Ethereum’s weaknesses. Regardless of this, Ethereum is widely used in the Southeast Asia region. Lee, however, stated that using Ethereum on a permissioned blockchain for listing and trading security tokens worked for them. This is because it decreases gas fees. Lee stated that DDEx is utilizing Ethereum and their gas fees are not high. According to Lee, in their case, they use IBFT as their consensus mechanism. As a result, the gas fees do not factor in. d’Hausy stated that high gas fees demonstrate that there is indeed a demand for Ethereum. He also added that layer-two solutions are being executed to resolve these stated challenges that Ethereum has.

However, these challenges have caused some companies to look elsewhere for their blockchain network needs. RippleNet is one such company that has decided to explore its options. RippleNet is an international payments network of the blockchain firm, Ripple. It’s being presented as a solution for the region’s cross-border transactions services.

Solana blockchain has received some attention, as have some other alternatives. This is regardless of the still-growing impact of Ethereum on the Southeast Asia region. An executive from PwC, Henri Arslanian, told a news outlet that alternative blockchain networks are being used by fintech companies as they become more aware and knowledgeable of the different solutions available.