Crypto Exchanges That Were Shut Down Or Had To Shut Down 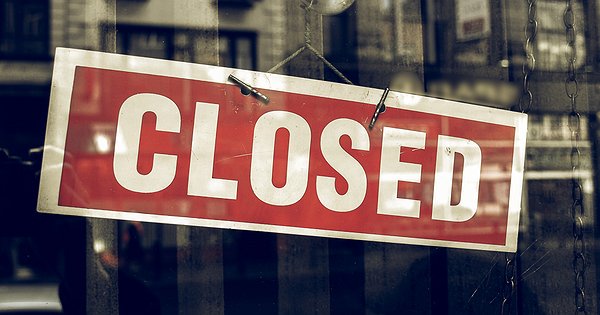 Exchanges are a type of marketplace that brings buyers and sellers together. A cryptocurrency exchange, in this case, facilitates the buying and selling of crypto assets between people or institutions.

As a result, striking a balance between charging them appropriately and offering services that they require is difficult. At the same time, don’t forget about the competition (Some exchanges with enough funding from external investors can easily pump money with low transaction fees and kill a lot of small players).

What could be the reasons for the shutdown of exchanges?

A bitcoin exchange could be forced to close for a variety of reasons. Here are some of the most obvious:

Hacking: Many cryptocurrency exchanges have gone down as a result of hackers stealing all or a significant portion of their customers’ funds.

Insolvency: When a crypto exchange is unable to pay its bills, like as operational expenditures, tax responsibilities, or investor obligations, it is said to be insolvent.

Issues with regulations : When authorities do not approve of a cryptocurrency exchange’s operations, it might be shut down.

A ruse to get you to leave :Some cryptocurrency exchanges are designed from the start to defraud users. As a result, once they have enough money, they shut down.

Unfortunately crypto exchange failures or hacks often generate a perception that there was something wrong with the coins that got hacked. Typically, though, it is not a cryptocurrency that failed or a bitcoin failure, but instead it is basic mismanagement, outright founder criminality and/or mass government shutdown orders that are to blame.

A large Turkish cryptocurrency exchange went offline in mid-April 2021, and its CEO, Faruk Fatih Ozer, was reported missing. Ozer allegedly flew to Albania, according to Turkish authorities. The exchange has now been shut down, with some reports claiming that $2 billion in cryptocurrency has gone missing. On April 22nd, Ozer revealed on Instagram that what appeared to be a conventional exit scam was actually a political hit job and smear campaign, and that he will be returning to Turkey shortly to correct the situation. At the time of writing, he has not returned, however he has not returned.

On January 16th, 2021, Livecoin stated that it would be shutting down due to a cyber assault that occurred on December 23rd. Hackers took control of Livecoin’s infrastructure and changed exchange rates to temporarily boost prices to unsustainable levels during the attack. Hackers began cashing out accounts for easy profits after the exchange rates were artificially manipulated. The exchange said it lost control of its “servers, backend, and nodes” in a post on its home page. Customers will have until March 17th, 2021 to request refunds from the exchange.

In late February 2020, the UK-based platform Tradesatoshi declared that it will no longer accept deposits and that traders must remove their monies by March 1st, 2020. The exchange had reached a point where it was “no longer economically sustainable to continue to provide the requisite degree of security, support, and technology,” according to a blog post. Users have to go through an additional set of AML/KYC processes in order to withdraw funds from the platform.

The ironically called ‘Coinsecure’ was hacked for 438 BTC worth USD3.5 million in April 2018. The hack, which took place in India, is thought to have been an inside job, with the exchange’s CSO Amitabh Saxena being named in the probe. The exchange is currently unavailable.

Clearly it has been easy to go bankrupt, get hacked, give in to corruption, or otherwise fail to make a profitable business out of operating a crypto exchange. Hopefully each new exchange failure means the ones that remain are safer and more resilient than ever. That said, no matter how secure these exchanges become, there is a simple lesson to be learnt.