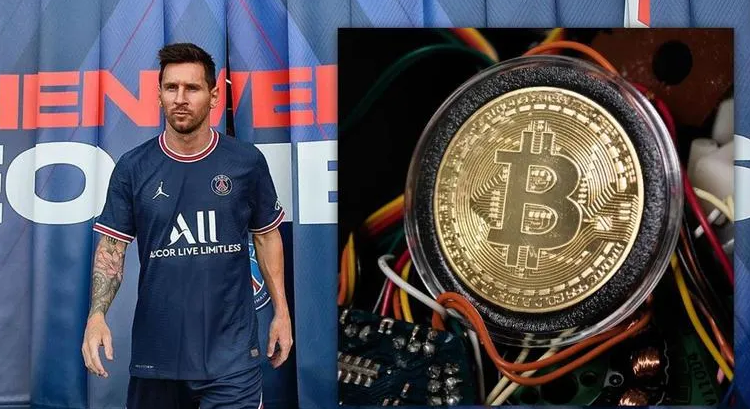 Lionel Messi, the Argentine soccer star, has released his collection of non-fungible tokens (NFTs), crypto art designed with his image by digital artist BossLogic, which will be available for purchase on Friday.

Messi, 34, is depicted as a king, superhero, and Greek titan in pieces such as “Man from the Future,” “Worth the Weight,” and “The King Piece,” which highlight his achievements.

WHAT ARE THE FOUR NFT AND WHAT DOES IT MEAN?

The four pieces depict Messi in an otherworldly orbit, in AI-driven bionic form both the future and in the past, as the “King” of creative soccer stardom, and work remembering his historic Copa America win that has yet to be shown.

-The first NFT, named “The Golden One,” shows Messi as the gold standard, owing to his enviable reputation. It accredits all the love that the person has enjoyed during his lifetime and that has helped him become everyone’s favourite. It’s like creating a brand in yourself.

– “Man From Tomorrow” and “Man Of The Past” are the titles of the second NFT, which feature Messi in AI bionic form with his new number 30 and old number 10 respectively. “We’ve traced his past, we’re with him now, and I’m confident we’ll see him when AI replicates the globe.” said the artist

– The third NFT, dubbed “The King Piece,” pays homage to the days when kings ruled over kingdoms. According to BossLogic, Messi would have been the best player in the world at the time.

A fan token is a type of non-fungible token (NFT) that is largely built on Ethereum-based blockchain technology and was created by crypto platform Socios. Fan tokens, like Bitcoin and other cryptocurrencies, are considered digital assets that may be traded on exchanges.

WILL ALSO BE RECEIVING PAYMENT IN NFT

Messi will be paid in cryptocurrency fan tokens offered by Socios.com in addition to NFT as part of his recent transfer from FC Barcelona to Paris Saint-Germain. Messi received “a considerable quantity” of fan tokens, according to ESPN, but PSG did not clarify what percentage of the contract the tokens made up. The whole cash package was also kept under wraps by the club.

Fan tokens are purely digital assets. It’s a Non-Fungible Token type (NFT). These fan tokens, like bitcoin and other cryptocurrencies, are volatile assets whose value fluctuates daily and give the fans special access to music and updates

People can make money by owning and trading these tokens from an investment standpoint. The performance of the soccer club is intimately associated with the price movement of the fan token.

In an official statement, Boss logic said, “The collection is a combination of pieces summarizing achievements, experiences, team love, and future accomplishments, focused mostly on the guy himself. Boss logic was more than happy to had the pleasure and privilege of collaborating with one of my favourite persons in the world and one of the GOATs of our time, Messi, on a series of pieces that will go down in history as his first solo NFT drop!”.

With the great artist, accrediting digital assets increases the credibility and attracts other young investors towards this concept.