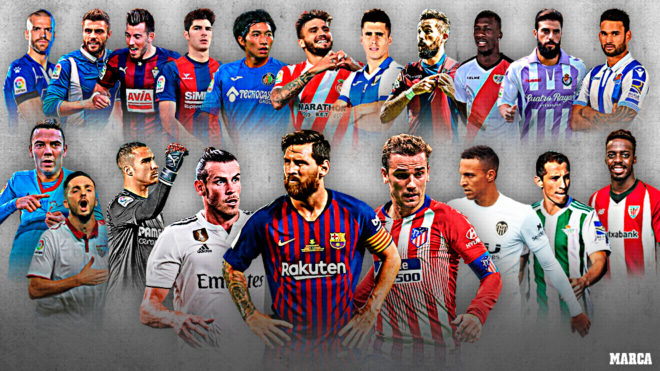 The Spanish top soccer league, La Liga, is joining the blockchain world by launching officially licensed digital cards of players to be sold and traded online. The platform will now launch NFTs based on all of the players playing in the league, which fans can buy, trade, and play with.

La Liga is teaming up with French start-up Sorare to launch its NFTs. Sorare’s platform lets users trade digital player cards and manage teams of five in a number of fantasy football tournaments. Sorare is a marketplace for digital cards from more than 180 football clubs and with more than 500,000 registered users. The platform lists the Cristiano Ronaldo card as its most expensive one at ($289,000). Next is the one for Antoine Griezmann, who is now back with Atletico Madrid, valued at $112,900. Nicolas Julia, Sorare’s CEO and co-founder, has said, “Today is a huge milestone for us because it’s the first top five league joining the platform.”

La Liga clubs will be receiving royalties on sales, and Sorare has paid a minimum guarantee to ensure exclusivity, the company said. The firm’s partnership with La Liga also includes Spain’s second division, La Liga Smartbank. Clubs from these leagues will enjoy additional revenue via the new category of NFT licenses. Since the start of the year, Sorare’s marketplace has seen card sales volume of around $130 million.

Javier Tebas, the president of La Liga, said, ““At La Liga we are always looking for innovative ways to offer our fans new and exciting experiences and to broaden the appeal of our competition, the greatest in the world. This partnership with Sorare, the most exciting sports NFT projects today, enables us to reach new audiences globally and gives existing fans additional ways they can get involved with the players and the clubs they love.”

NFTs have been increasingly used in the arts and collecting world as they effectively provide certificates of authenticity to digital items thanks to the blockchain technology, which generates blocks of information or transactions that are secure and transparent. The transactions are stored on a network of computers around the world without the need of a centralized party or authority to control the data. The information can’t be altered, and the blocks are chained together using cryptography to form a protected and public digital ledger.