Coinbase To Propose Crypto Regulations To US Officials 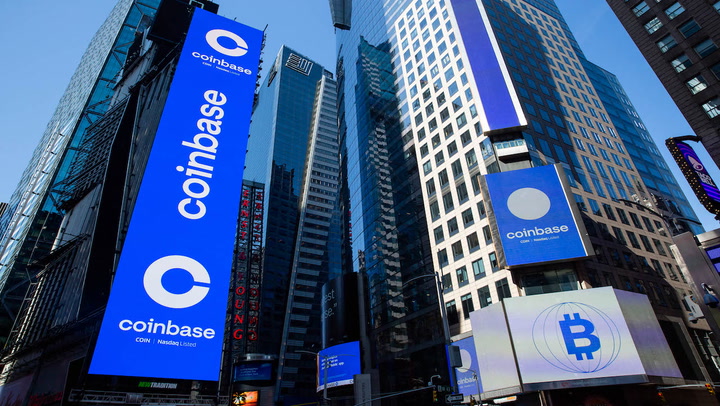 Coinbase plans to publicly roll out a pitch on a proposed regulatory framework for cryptocurrencies to federal officials in the coming days, according to a report.

Coinbase is getting ready to present a suggested regulatory framework to federal regulators.

According to people familiar with the regulatory deliberations, the exchange plans to make this idea public in the coming days. The proposal’s details were not available at press time, but the corporation aims to argue about what should and should not be defined as security in the United States, among other things.

The Lend program was designed to let customers earn interest of around 4% APY by lending their holdings of Circle’s stable coin USDC, a cryptocurrency pegged 1:1 to U.S. dollars, to Coinbase, who would then lend the funds to other institutions.

Several crypto companies have been offering products that allow users to earn interest by storing their cryptocurrency, while leaders at these companies hold different views on whether such products should be considered as securities.

Coinbase CEO and founder Brian Armstrong revealed in an interview that the company is preparing a draught regulatory framework for consideration by federal lawmakers, which it plans to distribute.

In the interview, Armstrong stated, “Coinbase wants to be an advisor and a helpful champion for how the United States can develop that sensible policy.” “, we’re bringing out a proposal at the end of this month, or possibly early next month, that is our proposal.

Coinbase has a long history of attempting to develop frameworks and tools to standardize how exchanges approach crypto listings and products, at least in the United States.

The exchange was a founding member of the Crypto Rating Council, a 2019 initiative that aimed to create a shared understanding of how closely any given cryptocurrency resembled security.

When developing new rules, regulators typically seek industry feedback, especially in industries where the rate of technological advancement means that market progress has far outpaced the development of new, and amendment of existing, regulations. Armstrong, the person heading the project stated that he has been asked for such a proposal several times. It aims to improve the way things work so that consumer interest is not compromised in any situation. Through their proposal, they actually want to put out there that could help maybe create at least one idea about how to move forward but this is going to require input from a lot of people, and that willingness [on the part of lawmakers] to kind of engage with private industry and learn about what the opportunity is here

Investors can earn interest in crypto in a few ways. They can “stake,” or delegate, their tokens to a network, pledging their assets to network operators that use them to help validate transactions in “proof of stake” protocols. Investors can also lend their holdings to “liquidity pools” on exchanges, making them available for crypto traders or other investors to borrow.

Lending might have helped Coinbase hit Wall Street’s price target, but the company will now have to find other ways to meet expectations and they are trying to regulate the whole system ASAP.