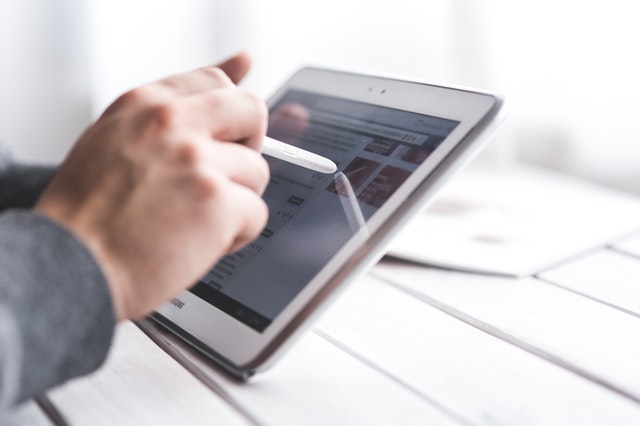 Art NFT sales are rising at the same time this year, the market experienced two booms. These booms happened at around the same time internet searches for “NFT” spiked.

The first Rise in Internet Searches

This first increase in internet searches for NFT occurred after the highest-paid price for a non-fungible token was made. This NFT was for the Beeple’s photo collage titled “Everydays: The first 5,000 Days”.

This item was valued at US$69 million at auction. The photo collage went to market through Christie’s online auction website on the 11th of March. This photo collage made headlines because it was the first NFT on earth to ever be sold at auction at a prominent auction house. The buzz around the sale also hyped up the work and helped promote the growth of the market. On the 1st March, monthly sales volume was at $32 million. On the 1st of April, market sales had grown to $83 million.

The Second Rise in Internet Searches

As for the second rise in NFT internet searches, this occurred on July 31st, 2021. This was when collectibles in the NFT market registered sales from $1.2 billion to $4.65 billion by 30th September 2021 in yearly sales. The search volume for “NFT” peaked when this incident aligned with two of the most well-known AI-generated collections. These AI-generated collections were CryptoPunks and the Bored Yacht Club.

Network scientist, Albert-László Barabási, shared his insights on transactions in a May 2021 New York Times article. His analysis was taken on the SuperRare crypto art NFT online service. The expert analyzed the transactions on the service. He reviewed co-owned art NFTs. He considered each work of art a “node” on the platform’s transaction network. He also looked at how many of the same art NFTs had previously had other owners. The network scientist put into consideration the trend of art collectors to trade pieces of art within a type of art. This type of art can often be because the art is from the same creator, has the same style, genre, or artistic medium.

Insights of on Art NFT Transactions

Through his insights, he concluded that only a small number of collectors were buying expensive art NFTs. Barabási discovered that these were 4 buyers, with just 3 degrees of separation between them and 16,000 pieces of art that they owned at various points in time.

Moonstream reported in a cryptoanalysis of the Ethereum blockchain of April to September that there is an imbalance in the Ethereum NFT marketplace. The report found that 16.71% of top buyers control 80.98% of the NFTs.

What is even more interesting is that many of these are sales of NFTs with the most extrinsic value. Such NFTs include name service NFTs. The source also found that 83.29% of the addresses indicated as that for NFT owners was for less than 10 Ether. Though Moonstream data takes this from a more inclusive stance of the marketplace, the report’s findings seem to support that of Barabási. A significant number of the owners of NFTs are collectors and even marketplaces.

Since this market is still young, it should not be surprising that many savvy investors are still not yet on board with art NFTs. Most investors globally are yet to even dabble in it, with many American tech-savvy investors still holding back for now.

Will it become a household phenomenon?

Popularity may take a while for art NFTs to get widespread acceptance. In April 2021, an article on Artnome shared what they believe is one of crypto art’s most prominent accomplishments. They said to “puncture the illusion of contemporary art as a space for ‘high’ culture.” Artnome also considered the impact that speculation has on the perceived value of artworks. For those still interested in jumping on the bandwagon, the industry is booming and more offerings are mushrooming. There is an opportunity to explore the art NFT market for those that like to dabble.